NYC Gets Its First Marijuana Dispensary

Union Square will be home to the first medical marijuana dispensary in the nation’s largest city.

The company behind the New York City store said in September that it should open its doors in January. That means medical cannabis will be available in each of the country’s three largest cities, including Chicago and Los Angeles.

Columbia Care, a New York-based MMJ provider, plans to open its dispensary on 14th Street between 2nd and 3rd avenues. The firm won one of just five state licenses to grow and sell medical marijuana. More than 40 companies applied, and the licenses were awarded in July.

Lawmakers adopted MMJ last year, making New York one of 37 states that allow some form of medical cannabis. It is the second-largest state with MMJ, after California.

The state’s program, run by the New York Department of Health, will allow five grow sites, each run by respective license holders. Each licensee will also be allowed to operate as many as four dispensaries across the state.

The other license winners include Pharmacannis, Etain, and Bloomfield Industries. New York’s medical marijuana program will be one of the most tightly regulated in the country; among other rules, patients won’t be able to smoke the drug. Instead, they must eat, drink, or vaporize it.

“We hope to move as closely to a pharmaceutical manufacturing process as we can,” Vita said.

Political observers say it’s notable New York is moving forward with MMJ. Not only is the state the second-most populous in the United States, but its marijuana policy has long been hostile to users. That is changing, rapidly, with the city backing off on harrasment of low-level offenders and state lawmakers openly discussing full legalization.

Indeed, New York is on a short list of states likely to legalize over the next few years. Marijuana is now legal in four states: Colorado, Oregon, Alaska, and Washington, as well as the District of Columbia. Each of those places has legalized by way of public ballot initiatives. If New York legalizes, it could become the first state to do so by way of legislation. 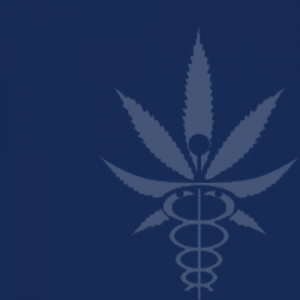 New York’s medicinal cannabis system is closely linked to a handful of hospitals throughout the state, including New York City. It is allowed only for a short list of conditions, including cancer and HIV/AIDS.

That could change as the program grows, and activists are certain to push to create coverage for other conditions, such as post-traumatic stress disorder.

“There is no doubt that people really see and believe this (legalized medicinal use) is actually working and doing something, but what people are missing is how and why it’s working,” said Pharmacannis co-founder Teddy Scott. “That is where we are trying to take this right now. . . . We can be leaders in the industry for respected purposes.”