New Jersey Teen Sues to Use Medical Marijuana at School

By Matt BrooksPublished On: May 4, 2015Categories: Health & Science, New Jersey

Genny Barbour suffers from autism and epilepsy. She needs medication to survive, and the only one that reliably works is marijuana. 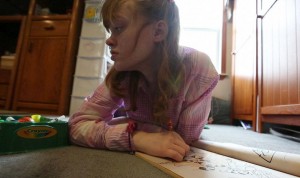 And that’s the problem: Genny, 16, can’t use her medical cannabis at school. Administrators say the law bans the drug on school campuses, especially high schools. So Barbour and her parents, Roger and Laura, have filed a landmark lawsuit against the Maple Shade, N.J., school district, seeking to force administrators to give Genny her medication at school.

She uses cannabis in the morning and her symptoms rapidly subside, her parents say. She’s calm, pleasant, and well behaved. But by the end of the day, Genny becomes irritable, angry, and hard to manage, a result of her medical marijuana wearing off while she’s in class.

Roger and Laura say their daughter needs her medicine but can’t get it because of unfair laws and anti-drug politics. New Jersey Gov. Chris Christie, a Republican, is a staunch opponent of all things cannabis and has tried repeatedly to block MMJ in the state.

Federal law prohibits all marijuana use

Officials at Genny’s school point to federal law, which prohibits marijuana for any use, including medical. That makes it illegal for them to administer the drug at school, they say.

The problem, of course, is that the same is not true of state law – and municipal governments, including school boards, ultimately answer to their states, not the federal government. The Barbours say Genny’s school is playing a very dangerous game, forcing her to rely on deadly narcotics to treat her severe conditions.

“She could have Valium or oxycodone, but not medical marijuana,” Roger Barbour said. “Other children can take their medicine. My daughter cannot. My daughter is a citizen of this state, and this is a violation of her state and federal constitutional rights.”

The case could have major implications for medical cannabis in America should the Barbours win. High schools and colleges across the country almost always prevent their students from using marijuana on campus for any purpose.

Children who use other medications are allowed to take them at school. Many of them, like Genny, must take their meds every day, sometimes multiple times a day. 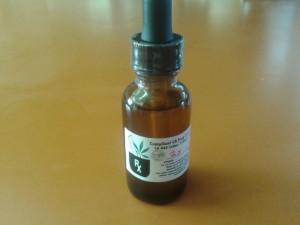 The Barbours say Genny has suffered from severe epilepsy for years, as well as autism spectrum disorder. Other medicine did little to ease her conditions, so her parents made the last choice they had, putting Genny on CBD oil in August. It worked, substantially reducing her seizures.

Genny is a registered cannabis patient in New Jersey, which allows medical marijuana for sick children as well as adults. She takes her medication in the morning, after school, and at bedtime, but Roger and Lora say she needs it during classes, too.

Nine months after starting Genny on medical cannabis, the Barbours say, her seizures have rapidly diminished, except in the afternoons, while at school. Marijuana worked where highly dangerous prescription drugs and a restricted diet failed.

“There has been a total change in my daughter,” Lora said. “She is more of a person.”

When they asked school administrators whether they would let Genny take her meds on campus, they promptly told her no. She attends a private school for children with disabilities that is overseen by the public school district.