The man selected to lead the DEA for at least the next 18 months says the anti-drug agency will move much of its focus off marijuana and instead put more resources into stemming the flow of heroin, cocaine, and methamphetamine. 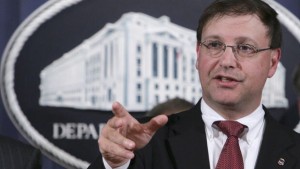 Lynch herself has promised looser enforcement of cannabis laws by the Department of Justice. Comey’s installation could signal a true change in direction on practical marijuana policies at Justice and the DEA.

Leonhart was viewed as an overly aggressive persecutor of medical marijuana providers, especially in California. She openly ignored instructions from President Barack Obama and former Attorney General Eric Holder to back off her campaign against MMJ.

Rosenberg is fit for the job

In a press release, Lynch said Rosenberg “has proven himself as an exceptional leader, a skilled problem-solver, and a consummate public servant of unshakable integrity.”

Comey also praised Rosenberg, calling him “one of the finest people and public servants I have ever known. His judgment, intelligence, humility, and passion for the mission will be sorely missed at FBI.”

The DEA has long treated marijuana as its highest priority. The agency exists entirely because of the war on drugs, and as that war continues to lose support, it was inevitable many within the DEA would keep cracking down on cannabis users even after the president told them to stop. 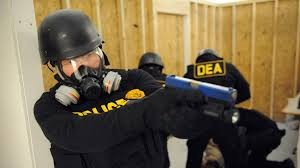 If Rosenberg can be taken at his word – and that remains an open question for marijuana advocates – it may become much easier for states to legalize both medical and recreational cannabis. Without the threat of DEA intervention, retail providers would be able to operate freely.

Lynch said Rosenberg would take the job on an interim basis, but he will probably lead the agency until at least the end of the Obama administration in early 2017. That gives him more than a year and a half to institute lasting reform.

Unfortunately, Rosenberg has his work cut out for him. Leonhart was viewed as a “cop’s cop” by DEA agents, a boss who understood her agents and overlooked endemic corruption. That reality gives a sense of just how insular and antagonistic the DEA can be.

Agents tend to view anyone even remotely connected to marijuana as criminals and layabouts. The agency has long insisted there is no such thing as medical marijuana, going so far as to put the words in quotation marks whenever they appear in agency documents.

Rosenberg has a long tenure with the DOJ. He was chief of staff to the deputy attorney general, and counsel to both former Attorney General John Ashcroft and former FBI Director Robert Mueller. Earlier he served as a U.S. attorney in Virginia and as a prosecutor for the tax division of the DOJ.