The federal government has abandoned marijuana prohibition in a large portion of the country, though the news went mostly unheralded. 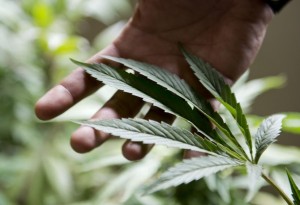 The Justice Department announced in early December that federal prosecutors would no longer enforce anti-marijuana laws applied to Native American reservations across the country.

The announcement was made Dec. 11. The DOJ said it would no longer prosecute federal laws that bar pot cultivation, possession, and sale on reservations. The policy will apply even in areas where state law bans marijuana.

This means the nation’s Indian reservations are now essentially free to legalize cannabis, just as many have done with reservation casinos. The ultimate decisions will lie with each tribe and its leadership.

Indian reservations will not be restricted by state law

The announcement apparently came in response to a question posed to the DOJ by representatives of several Indian reservations. Reservation leaders wanted to know whether the federal government would enforce anti-pot laws in states where weed is now legal – including Colorado, Alaska, Washington, and Oregon.

The answer the tribes got was even more expansive. The DOJ said federal prosecutors wouldn’t enforce federal laws barring weed on any reservations, regardless of state laws.

There are more than 300 federally recognized reservations in the United States, most located in places where pot is still illegal under state law. But these reservations are semi-sovereign nations, and they’re not subject to state drug laws. They answer only to their own leaders and the federal government.

Some but not all federal statutes are enforced on reservations, either by reservation police or by the FBI. But most legal matters are left to elected tribal leaders. That now includes cannabis policy.

Native Americans may be skeptical

Pot farms are far from a sure bet on many reservations, though. Native populations have long struggled with alcoholism and addiction, and the thought of a drug-related enterprise on reservation land is offensive to many.

Still, others see cannabis as a way to lessen the effects of alcoholism by offering a less harmful alternative. And like gambling, weed could be a major money-maker for Indian tribes, at least until prohibition ends in other states. 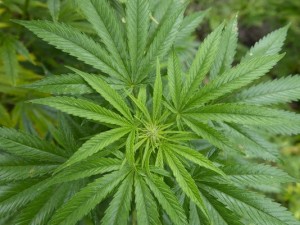 U.S. Attorney Amanda Marshall, whose district covers Oregon, said just three tribes across the country have expressed interest in legalization: one in the Midwest, one in California, and one in Washington State.

Though tribes are now free to consider legalization or medical marijuana, they are subject to the same informal rules the DOJ imposes on states that legalize. Those rules require that states – and now reservations – enforce eight federal priorities, such as keeping guns away from the industry and pot away from kids.