A major civil rights group has come out in favor of medical marijuana in Florida. 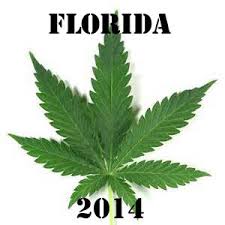 The NAACP of Florida announced in September that the group would support Amendment 2, the voter initiative that would legalize medical pot. The initiative will appear on the ballot in November.

“Florida State Conference of the National Association for the Advancement of Colored People proudly announces its support of United for Care and the passage of Amendment 2 this November,” the group said in a statement. “The NAACP, the nation’s oldest and largest civil rights organization, has worked successfully with allies of all races and plays a significant role in improving the lives of minorities in America.”

There’s good reason for the NAACP to take the side of marijuana reform. African Americans and other ethnic minorities typically receive subpar healthcare in Florida, and their access to medication is limited.

The Amercian Medical Association came to the same conclusion: “The residents of the racial ghetto are significantly less healthy than most other Americans. They suffer from higher mortality rates, high incidence of major diseases, and lower availability and utilization of medical services.”

Advocates support MMJ for practical reasons: Pot can provide beneficial treatment for everything from cancer and AIDS to multiple sclerosis and Tourette’s syndrome.

“At a time when the African American community is disproportionately impacted by debilitating diseases and conditions such as certain cancers, HIV/AIDS, glaucoma, diabetes, and sickle cell anemia, it is vital to ensure that all health care options are on the table,” said Adora Obi Nweze, president of the NAACP Florida State Conference. “The scientific community has consistently concluded that medicinal marijuana can improve the quality of life of certain sick and suffering individuals.”

But civil rights concerns are also a major issue.

Racial minorities are far more likely than whites to be arrested for marijuana offenses in both Florida and the United States. A recent study by the ACLU found blacks were 4.2 times more likely to be busted in Florida for cannabis violations than whites.

The ballot campaign, spearheaded by Orlando attorney John Morgan, has sparked heated debate in Florida. The hard-right Republicans who control state government have tried everything they can think of to kill the initiative.

Despite their efforts, public support for the idea is very strong, usually over 80 percent in recent polls. Conservatives allege the initiative would legalize marijuana for everyone, but voters don’t seem to be taking the bait.