A group of medical marijuana patients in New Jersey tried to stage a protest at a town hall meeting featuring Gov. Chris Christie. But they didn’t even make it past the front door.

Several MMJ advocates planned to light up inside the event at the Caldwell Community Center in Caldwell, N.J., July 1. They wanted to protest Christie’s staunch opposition to cannabis reform by taking “a more aggressive approach.” 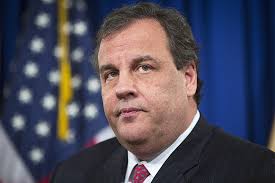 “My intention was to smoke in there,” said Scott Waselik, one of the protesters. “We were going to make a statement. But we weren’t even allowed to go inside the building.”

Waselik tried to get into the event carrying an orange glass bong, so security knew what the group was up to. Wasselik has taken part in similar protests. In June, he and several other advocates smoked up outside the town hall in Sparta Township, in northern New Jersey, to show solidarity with another patient on trial there for possession.

Christie has repeatedly vowed to prevent any attempt at legalizing marijuana in New Jersey as long as he’s governor. He has also said he won’t allow an expansion of the state’s struggling medical program, though he said he would enforce the existing program under the law.

Waselik’s group hoped to protest the governor’s stance by lighting up during the town hall gathering.

Christie’s predecessor, former Gov. John Corzine, signed a law enacting medical marijuana before he left office in 2011. But Christie blocked the program from taking effect until last year, when the only three dispensaries in the state opened.

Far fewer patients have enrolled than expected, and at least one of the dispensaries is on the verge of collapse as a result. A shortage of physicians willing to prescribe pot has also caused problems. Critics say medical marijuana is barely functional in New Jersey.

New Jersey bureaucrats have made it almost impossible for patients to register, which explains the small numbers. And Christie has said he won’t do anything to help. 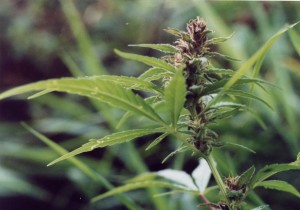 Christie has been outright belligerent in his opposition to pot. In April, he declared that Colorado was falling apart in the wake of legalization, despite a bevy of statistics proving otherwise.

Late last month, Christie said he was convinced medical weed has nothing to do with medicine. He called MMJ “a front for legalization.”

“What there’s a huge demand for is marijuana, not medical marijuana,” he said at the time. “Because when we run a medically based program, you don’t see the demand.”