It’s been a bad month for marijuana reformers in Ohio. Election Day saw a major legalization effort go down to defeat, big time, even as an opposing plan won at the ballot box. The loss for cannabis advocates was so bad it had some of their foes claiming permanent victory. 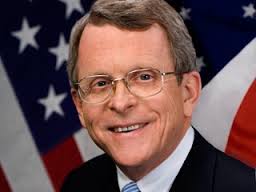 Don’t believe it. Ohio is likely to legalize cannabis, whether for medicine or for recreation, at some point in the near future. Even the state’s Republican attorney general, who opposed the legalization initiative, admits some reform is inevitable.

“I think medical marijuana is coming,” said Attorney General Mike DeWine. “Most Ohioans, when they look at this issue, you know, have great sympathy for people who might be helped by medical marijuana.”

The state is ripe for reform. Public backing for MMJ is very strong, mirroring levels elsewhere in the country. And while support for full legalization is weaker, it still charts above 50 percent.

Those numbers gave the people at ResponsibleOhio hope that their legalization plan might pass. The group, which organized the petition drive and raised money to gin up support for it at the ballot box, pushed a proposal that would have granted 10 companies monopoly rights over a complex legal cannabis industry.

It didn’t work. Even longtime observers in the marijuana community pointed to ResponsibleOhio as an example of how not to approach legalization. Under the proposal, the state would have purchased cultivation sites from the group’s biggest donors.

That sweetheart deal gave voters every excuse they needed to reject legalization this time around. Many who support legalization voted against it because they saw the initiative as a thinly veiled money grab.

Indeed, opposition was so fierce it led to a competing ballot initiative, one that would have blocked legalization from ever taking effect by prohibiting any kind of business monopoly in Ohio. That proposal passed, but because legalization failed, its effect will be minimal.

DeWine pointed to a series of clinical studies, in and outside of Ohio, as a sign medical marijuana is coming. One such trial, in Columbus, Ohio, is examining whether a cannabis preparation made in the United Kingdom can treat pediatric seizure disorders. Results should be available within a year, he said, and the FDA could act after that.

DeWine also said he has talked to state leaders about the issue, including the speaker of the Ohio House of Representatives.

“The Ohio Legislature is going to start looking at the issue of medical marijuana, and I think they’re going to start doing this very quickly,” he said. “What I told the speaker is that our office has been working on this for the last few months. We’ve seen what other states have done. And so I think we’ve got kind of a menu, so to speak, to present to the state Legislature that the Legislature can pick and choose from about which way they want to go with regard to medical marijuana.”