A judge in Michigan rejected a lawsuit that sought to reclassify marijuana under federal law. 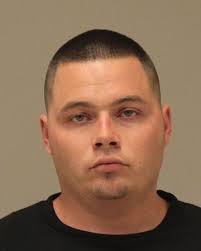 Shawn Taylor, who faces charges he grew cannabis in four counties, joined other defendants in challenging their drug indictments. They said weed is misclassified as a dangerous drug and asked the court to force the government to change the drug’s classification.

Marijuana is listed in schedule 1 of the Controlled Substances Act. That means the government considers it especially harmful, especially addictive, and useless as medication. Schedule 1 also includes heroin, ecstasy, and LSD.

Many states also classify pot as a schedule 1 drug under their own laws. The lawsuit argued that such listings shouldn’t be allowed because weed isn’t dangerous and has medical value.

But federal District Judge Robert Jonker ruled that only Congress and the DEA have the authority to reclassify marijuana. He said the federal government has a rational interest in restricting pot, even though “public perception of marijuana is changing.”

“Available experts may be ready to testify in support of some medically safe and valuable use for the drug today,” Jonker wrote. “But there was and is plenty of objective medical information (both from the 1970s and today) to provide a rational basis for Congress to place marijuana on Schedule 1 of the CSA, and to leave future changes in scheduling to the DEA.”

Both Congress and the DEA have the power to reclassify weed. The DEA would likely only do so on orders from the president and attorney general.

“The most defendants can show is that there is not a complete consensus in the scientific community on this issue,” Jonker wrote. “But that puts the issue squarely in the hands of Congress and the DEA, not the courts.”

Michigan allows medical marijuana, as do 22 other states. That includes Colorado and Washington, both of which have legalized cannabis.

Jonker expounded on the history of marijuana in the United States, noting the drug was used in America long before the federal government banned it.

Like cocaine and many other drugs, marijuana was prescribed as a medicine for many years, especially in the late 19th and early 20th centuries. The federal government passed the first anti-drug legislation in 1906, and states started banning cannabis soon after.

In 1937 Congress banned weed nationwide for the first time by passing the Marihuana Tax Act. The drug has been illegal under federal law ever since. 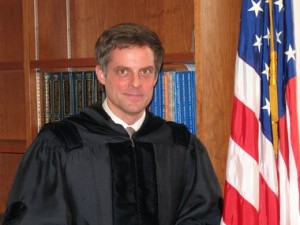 “Such was the status quo on the federal level, mostly leaving the American public to ‘frolic in the autumn mist,’ until 1970 and the advent of the ‘War on Drugs,’” Jonker wrote, quoting “Puff the Magic Dragon” by Peter, Paul and Mary.

The Controlled Substances Act was passed that year, and the judge said it was clear neither Congress nor the DEA had taken any steps to reclassify marijuana.

Jonker also said the various defendants weren’t victims of selective prosecution. The defendants said federal authorities decline to prosecute people “distributing cannabis in states where it has been made legal for medical and/or recreational use.” But the judge said the defendants “over read” the policy that allows states to move ahead with medical and legal marijuana.