Medical Weed Could Come to Florida After All

Medical marijuana went down to defeat in Florida in November. Game over, right? 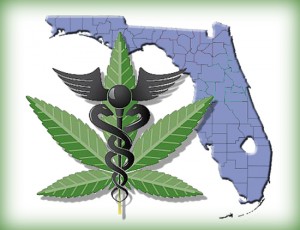 Maybe not. A group of pro-marijuana activists has already launched a campaign to put the question back on the ballot in 2016. They hoped to start gathering signatures as early as January.

A major medical weed initiative was on the ballot in 2014, but it failed. Fifty-eight percent of voters supported the idea, but a 60 percent vote was needed to pass the constitutional amendment.

After such a narrow loss, advocates believe they can push through a second initiative in two years.

“Fifty-eight percent of positive voters clearly sends a signal to them that there’s strong interest,” said Jeff Sharkey, a lobbyist with the Medical Marijuana Business Association of Florida. “I think they feel that in a presidential election year a lot more younger folks would come out, probably push that over the 60 percent, but I think they’re also, at the same time, interested in seeing what the Florida Legislature might do.”

Lawmakers in the state passed a bill earlier this year that would allow children with severe seizure disorders to obtain a non-intoxicating form of medical cannabis. The law doesn’t cover other patients or types of pot.

The legislature may be more amenable to a wider program now, if only as a way of securing the most restrictive program they can before voters force the issue and pass an initiative in 2016. 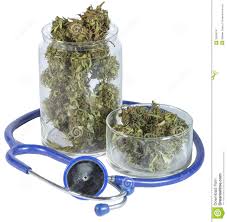 Any effort to legalize medicinal cannabis will face concerted opposition, as it did in 2014. An Orlando personal injury lawyer with strong personal ties to Charlie Crist, the failed Democratic candidate for governor, drove that campaign almost single-handedly.

The political implications and fears that Crist might beat GOP Gov. Rick Todd made the initiative a ripe target for Republicans who saw it as a political scheme.

“I see the challenges,” Grady said in late December. “I see the guy that’s up all night with a baby that’s screaming, so he smokes him a blunt and a half and he thinks that’ll help and ends up bouncing the baby off the wall.”

Police opposition may not be enough to stop MMJ in 2016, though. What’s more, the presidential election is likely to draw a swarm of young voters, exactly the people who most support marijuana reform.