Medical Examiner: Michael Brown Had THC in His System

Police in Missouri are raising allegations of marijuana use to disparage Michael Brown, the unarmed man shot eight times by cops Aug. 9 in a suburb of St. Louis.

Brown, 18, was shot during a confrontation with heavily armored police. One cop, Officer Darren Wilson, 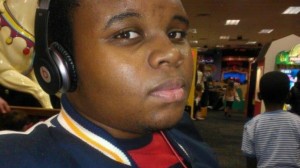 shot Brown at least six times, as many as eight. Brown was hit twice in the head and four times in the arm.

An autopsy by the St. Louis County medical examiner’s office determined Brown was shot from the front, said Mary Case, the medical examiner. And toxicology tests found marijuana in his system.

Brown’s family demanded their own autopsy, details of which were released Aug. 18. And Attorney General Eric Holder said the Department of Justice would carry out a third autopsy.

“People have been asking, ‘How many times was he shot?’” said Dr. Michael Baden, the former New York City medical examiner who performed the second autopsy. “This information could have been released on day one. They didn’t do that, even as feelings built up among the citizenry that there was a cover-up. We are hoping to alleviate that.”

Brown’s supporters moved to cut off any attempts to pin the blame on Brown’s alleged cannabis use. They called for a drug test of Wilson, who fired the fatal shots.

“What was in the system of that cop when he was pumping bullets into that boy’s body?” a protest leader asked during a rally Aug. 15.

Brown, who is black, was killed in Ferguson, Mo., during a confrontation with police. One witness alleged that Brown charged the officers, but the shots were apparently fired from some distance. 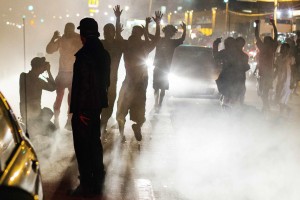 The killing sparked local and national outrage. When city residents poured into the street to protest Brown’s death and the lack of a response from cops, several local police departments dispatched a host of heavily armed officers, helicopters, and a small tank. Officers fired rubber bullets and tear gas.

The incident has raised fears that American police forces are becoming too militarized, embracing the cowboy image of SWAT team heroes.

The Brown family’s autopsy was likely to be consistent with Case’s findings, Baden said. Case, he said, is a highly respected physician.

“It sounds consistent,” said Benjamin Crump, an attorney for the family. Crump said Officer Wilson may have fired more than six shots, but “we wanted to err on the side of caution.”