A Massachusetts couple were arrested in late September after authorities said they ran a marijuana business via Facebook. 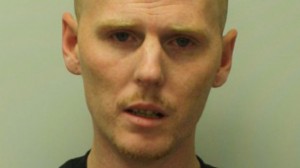 Prosecutors allege that Mark Harrington and Holly Harrington were selling medical weed out of their home and advertising their business on the social media site. The Facebook page claimed the Harringtons owned a company called HTM Gardening LLC in Tewksbury, police there said.

The page included pictures of plants the couple were supposedly growing, along with pictures of cash. Visitors were directed to “fill out the new patient application below and e-mail a copy of your certification, a photo ID, and a signed health care release form so we can call to verify your certificate is valid.”

“We provide delivery of medicinal marijuana to certified patients in Massachusetts,” the Facebook page said. “We have a great selection of different strains to fit your medical needs.”

Medical marijuana has been legal in Massachusetts since 2012, when voters approved it at the polls. But the state is still processing vendor applications, and the drug isn’t yet formally available to patients. Though possession is legal for medical use, a caregiver is only allowed to grow weed for a single patient. Caregivers cannot legally sell marijuana.

Police said an undercover officer called the number listed on Facebook and asked for cannabis. The Harringtons then allegedly met the narc and sold him pot.

“Detectives confirmed that a person who has been given ‘caregiver status’ can only grow marijuana for one person who has a medical marijuana card and cannot offer the drug for sale,” police said. “In addition, the marijuana plants that are being grown cannot be visible or accessible to the public.” 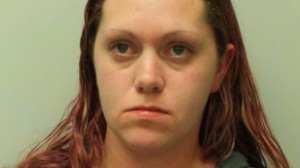 The couple made their first court appearance Sept. 24 and pleaded not guilty. They’ve been charged with conspiracy to break drug laws; manufacture, cultivation, and distribution of marijuana; and possession with intent to distribute. There were additional possession charges – six for Holly Harrington and nine for Mark Harrington.

There were also outstanding warrants on both Harringtons for conspiracy and distribution.

The two were held on $3,000 bail as of late September and had a second court date scheduled for Oct. 22.