The company that tracks marijuana for the State of Colorado has sued a rival business, saying the firm committed deceptive business practices.

Franwell, a Florida company that keeps track of cultivation, processing, transport, and sale of Colorado cannabis, sued BioTrackTHC, also based in Florida. Franwell’s attorneys accused BioTrackTHC of lying about Franwell to state regulators and the media, and of lying in its publicity materials.

BioTrackTHC, lawyers said, was trying to snatch Franwell’s $1.5 million contract with the state. BioTrackTHC also wanted to convince officials in Jamaica to choose the company over Franwell in bidding for a competitive contract there.

Colorado legalized recreational cannabis in the 2012 election, as did Washington State; Oregon and Alaska joined them in 2014. Jamaica recently opened the door to medical marijuana and loosened restrictions on recreational use of the drug. 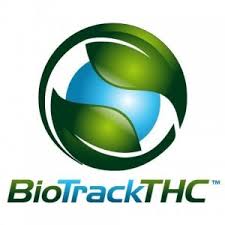 Lawyers for BioTrackTHC said the accusations were untrue. That company created a system that now tracks legal pot in Washington and New Mexico, where medical cannabis is allowed.

“We believe the case is without merit, we strenuously deny the claims made against us, and we shall vigorously defend ourselves in any court of competent jurisdiction,” said Barry Gainsburg, general counsel for BioTrackTHC.

Marijuana tracking is becoming a lucrative business. States such as Washington and Colorado require careful documentation of each plant, from seed to sale. This is done to prevent dispensaries and growers from sending pot to the black market or selling it to children.

Legal cannabis is rapidly growing into a multi-billion dollar industry, and ancillary business are cashing in. They include companies such as BioTrackTHC and Franwell, as well as labs that test the drug, paraphernalia retailers, and pot-themed websites.

Tracking marijuana is proving to be an especially lucrative side industry. Currently it’s a viable business only in states where some form of the drug is legal. Recreational cannabis offers the best opportunities, but many states with MMJ also require careful tracking of product.

Franwell began in 1984 as Horizon Computer Systems, a company that provided computer research and development services to other businesses. The name was changed to Franwell in 1993. The company still serves non-marijuana industries.

BioTrackTHC is a cannabis-oriented division of Bio-Tech Medical Software Inc., a company that has created software for the medical industry since the 1960s. Both firms have contracts in Colorado, but only Franwell contracts with the state.