The DEA is not exactly known for taking smart positions on drug use and criminal justice reform. So it should come as little surprise that the agency recently compared indoor marijuana gardens to “meth houses.” 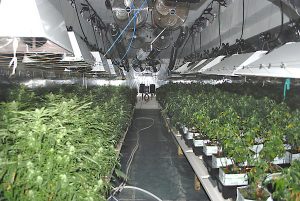 Agency officials explained in June that they are turning their attention from the home-based meth labs and focusing on cannabis grow houses instead. It’s a troubling sign, suggesting the DEA continues to view low-level marijuana raids as a responsible use of its resources.

The changing approach was outlined in an intelligence report released in June. In the document, agency officials said the growing number of illegal cultivation sites across Colorado has caused property damage and contributed to cross-country trafficking.

Colorado voters legalized medicinal pot in 2000 and recreational marijuana in 2012. Three other states (Alaska, Oregon, and Washington) also allow recreational use, as does the District of Columbia. But all these places require that farmers obtain state licenses before growing legal pot.

The DEA’s focus is on illicit grows rather than licensed operations, but the comparison to meth labs is a bad sign for an agency long criticized as overly aggressive in enforcing cannabis laws. These home-based labs have long posed serious dangers to the people who use them and the people who live near them. Homes can fill with toxic gases, and explosions are common.

This is not true of most residential cannabis operations. Illegal hash oil makers have destroyed buildings by igniting flammable gases, but simply growing marijuana in a house poses relatively little risk. The most common danger is that growers sometimes jury-rig electric systems to avoid police detection.

The comparison between meth labs and marijuana grows doesn’t hold up, but the DEA has a long history of pushing inaccurate information about cannabis cultivation and use. Home fires involving pot cultivation are rare, but the amount of money the DEA can generate by raiding the sites is large. 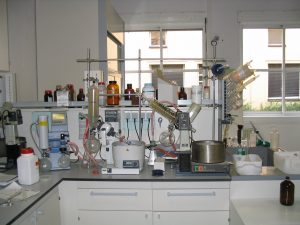 The real motivation behind the change in approach may be the increasing prevalence of marijuana. Meth use has been on the decline in recent years while cannabis use has risen slightly. And with marijuana now increasingly legal, even covert gardens will likely continue to spread across Colorado.

“Marijuana grows often cause extensive damage to the houses where they are maintained,” the report said. “Much like the ‘meth houses’ of the 1990s, many of these homes may ultimately be rendered uninhabitable.

“Consequently, large grows and/or quantities of processed marijuana within a residence are often justified through the claim that the resident is assisting others by growing or storing their marijuana. As there is no mechanism at the state or local level to document or regulate recreational marijuana home grows, there is no practical means for local police to verify whose plants are grown or whose marijuana is stored in any given residence.”