Actually, Marijuana Can Kill (Sort of)

Libertarian presidential candidate Gary Johnson repeated a common claim about marijuana in August, arguing that it’s far safer than prescription drugs because they kill 100,000 people each year while pot kills none.

But is this true? Is cannabis really fatality free? Well, that depends on how you ask the question.

During a town hall meeting Aug. 3, Johnson claimed that prescription drugs “statistically kill 100,000 people a year, (while) there are no documented deaths due to marijuana.”

“I just think that so much research and development needs to take place that hasn’t taken place,” Johnson said when asked about the relative health risks of prescription painkillers and pot. “And that marijuana products deal, or compete directly with legal prescription drugs that statistically kill 100,000 people a year, and there are no documented deaths due to marijuana.”

PolitiFact, a respected political fact-checking site, confirmed Johnson’s general point about cannabis but noted it is in fact possible for cannabis to kill.

The distinction, PolitiFact editors said, is in how those deaths come about. There has never been a recorded overdose fatality caused by marijuana use, and there almost certainly never will be. The THC concentrations required to kill a human being are so far beyond the amounts needed to get high that no one could plausibly consume enough to die.

Overdoses do happen, even if they’re never fatal. In the years since Colorado and Washington first legalized cannabis in 2012, there has been a handful of incidents in which users either died or became severely ill after consuming especially potent edible products.

Marijuana overdoses are up

Hospital admissions for these overdoses are on the rise, but not by much. And the overall numbers are still very small, meaning the average pot OD poses little serious threat. But there are other ways to die while baked.

The most obvious, of course, is to get behind the wheel. Driving high is almost certainly safer than driving drunk, assuming you haven’t consumed any other drugs, but we still don’t know enough to say that it’s anything other than dangerous.

And there are plenty of other stupid things a person might do while stoned. Marijuana use almost never involves violence, but access to firearms could end tragically, even if only by accident. Handling a gun while under the influence of any intoxicating drug is always a bad idea.

But what about prescription meds? Are they really as deadly as Johnson claims?

Well, sort of. In terms of overall deaths caused by prescribed drugs, he may be right. But in terms of overdoses, he’s off by quite a bit. 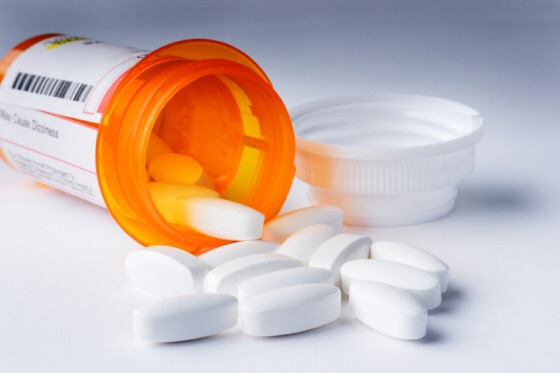 Roughly 25,000 Americans die from prescription ODs each year, according to the National Institute on Drug Abuse (NIDA). About 19,000 of them are killed by opioid painkillers, a driving force behind the nation’s current epidemic of heroin abuse.

At least one earlier study found that medications kill more than 100,000 people yearly by “adverse drug reactions,” including fatal side effects and allergic reactions. But the study is nearly 20 years old, and NIDA says it’s not very reliable.

Tell us what you think: Is marijuana safer than the prescription drugs you take? Leave a comment below.