Marijuana as an Anti-Inflammatory

Marijuana has countless medical uses, but the most promising may one day help doctors get at the underpinnings of all disease. 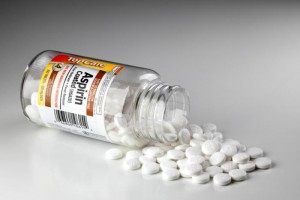 In recent years, health experts have come to believe that inflammation of human cells contributes to a wide range of major diseases, including heart failure, stroke, cancer, epilepsy, multiple sclerosis, Alzheimer’s disease, and many others.

This discovery is already radically changing how scientists think about illness. Instead of focusing on diet, exercise, and low-stress lifestyle as the exclusive path to health, they believe disease results in large part from inflammation within the body, which itself may result from low-grade viral infections. And they’re looking for new ways to fight this hidden menace.

Anti-inflammatory medicines are one weapon. Used in various forms for thousands of years, these drugs reduce cellular inflammation and swelling.

Today most doctors rely on so-called NSAID pain relievers. These are non-steroidal medications, typically bought over the counter, that reduce localized pain by limiting swelling. They include Tylenol, ibuprofen, naproxen, and aspirin – the oldest anti-inflammatory still in use.

Inflammation is a result of the immune system. When the body is injured or infected, its white blood cells create swelling in order to kill off viruses and other harmful microbes. But sometimes the immune system overdoes it, leading to disease. NSAIDs combat this problem by suppressing the immune system briefly until the swelling subsides.

But marijuana also works well against inflammation, and scientists are increasingly looking to the cannabis plant as a new, safer form of anti-inflammatory.

NSAID pain relievers can be damaging 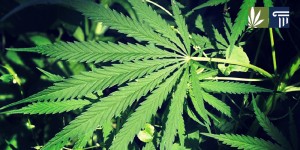 The biggest problem with traditional NSAIDs is that they can damage parts of the body and even cause death. A Tylenol overdose can cause liver failure, aspirin can cause damage to the lining of the stomach, and chronic use of naproxen or ibuprofen increases risk of heart attack or stroke. This makes it much harder to use these drugs as a long-term means of fighting inflammation.

Marijuana, on the other hand, does not lead to any kind of organ damage and is never fatal. Even massive overdoses have few lasting physical consequences.

Unfortunately, cannabis is still illegal in most places, so we don’t have solid data on how effective it is as an anti-inflammatory. But early tests suggest it could make a big difference.

In 2014, for example, a prominent Ohio researcher released findings that he said show regular adult marijuana use might help prevent Alzheimer’s disease. The idea is that the drug “resets” the inflammation of nerve cells that contribute to dementia, cutting chances the disease will develop.

No one is recommending marijuana as an all-around anti-inflammatory just yet, so you shouldn’t rely on it to mend an ankle sprain or viral infection. But the hope is huge, so don’t be shocked if you one day see pot pills next to the Tylenol at drug stores.