A North Carolina man who advocates for medical marijuana was charged in March with giving the drug to his child. 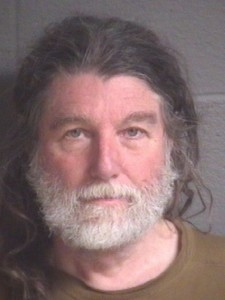 Monroe Gordan Piland III, 69, is a former doctor who promotes medicinal cannabis as an “essential nutrient” for good health. Police say he gave marijuana to his child mixed with goat’s milk.

Piland, a resident of Candler, N.C., was arrested and charged with nine counts of cannabis-related crimes. Together with earlier drug charges, he now faces a total of 15 counts.

The newest charges allege Piland gave various marijuana products to his child. According to the earlier counts, he intended to distribute harder drugs. The cannabis charges arose out of a custody dispute involving the child, Piland’s lawyer said.

He also faces misdemeanor charges, including a count of contributing to the delinquency of a minor and a count of child abuse. The abuse count alleges Piland grew and used cannabis in the home where the child lived. Other charges include misdemeanor possession of opium and dihydrocodeinone, an opiate, with intent to deliver them.

Piland’s lawyer said the abuse count arose from a custody dispute and did not come from the child.

“I think when people see there is a domestic situation involved, they will take these allegations with a grain of salt,” said attorney Steve Lindsay.

Piland was also arrested in October and charged with possessing opium, morphine, magic mushrooms, marijuana edibles, hash oil, and paraphernalia. Lindsay said he had no reason to believe Piland fed marijuana to the child.

Piland’s medical license was permanently revoked more than 30 years ago following a drug conviction. He has since become an outspoken advocate of medical cannabis and legalization. Lindsay said Piland advocates natural medications and didn’t intend to distribute the harder drugs.

“Gordon’s brother died a few years back from an overdose, and as for the jar of pills, I’m sure those were related to his brother’s death and serve as a constant reminder of the awful things that can happen as a result of man-made medication,” Lindsay said.

The North Carolina Board of Medical Examiners revoked Piland’s license in 1984 after concluding he grew marijuana for a cancer patient who didn’t ask for the drug. North Carolina has never allowed medical marijuana.

Piland moved on to advocacy after losing his license, attacking the state’s anti-cannabis laws. He is not well known outside of Candler and apparently is not an active member of any national or statewide pro-cannabis groups.

How do you think we should punish people who sell cannabis to kids? Post a comment below.