A major national pro-marijuana group has joined the fight to legalize marijuana in Texas.

The Marijuana Policy Project, the largest cannabis advocacy organization in the country, has hired a lobbyist to push for marijuana reform in the Lone Star State. Randal Kuykendall, previously a lobbyist for a law enforcement association, will represent the MPP at the capitol in Austin.

The fight to legalize in Texas is a long shot, at least for now, but activists believe they can achieve at least some degree of reform. The MPP is pushing for decriminalization at the same time the group advocates full legalization.

Kuykendall said the time has come for change. The MPP predicts Texas is ripe for reform and will soon vote to loosen penalties on cannabis possession.

“Seventy-four thousand people per year are arrested for small amounts of drug possession in Texas,” Kuykendall said. “Our prisons our full, we’re taxed a great deal on it, and it’s time for it and the people want it.”

The group is backing three bills for the next legislative session. One would create a medical marijuana program, the second would decriminalize, and the third would legalize.

Decriminalization is probably the most likely of the three to make it past conservative lawmakers. The bill would remove criminal penalties for simple possession and replace them with civil fines.

The bill to legalize, meanwhile, would allow all adults over 21 to use pot and would regulate the drug like alcohol.

The MPP has set an ambitious goal in Texas: to pass all three bills within the next five years. Politics in the state are slowly shifting, but it remains to be seen whether lawmakers are ready for reform. 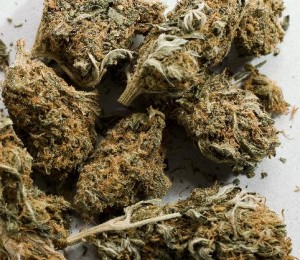 But marijuana advocates have already scored some victories. In liberal Austin, the city council voted in late June to support medical cannabis. That matters, Kuykendall said.

Texas has some of the tougher anti-weed laws in the country. Possession of 2 ounces or less is a misdemeanor punishable by up to six months in jail and a fine of $2,000.

A separate, local group is also pushing for legalization. Progress Texas, a pro-marijuana non-profit, launched a campaign earlier this year to put a legal-weed initiative on the ballot.

The group commissioned a survey of 9,000 Texans earlier this year that found more than 90 percent support decriminalization, while 58 percent support legalization and medical marijuana.