It’s not exactly ground zero for marijuana reform in America, but activists in North Dakota are pushing a new proposal to legalize the drug in the November election.

Advocates submitted a proposed ballot initiative to the North Dakota secretary of state’s office Feb. 10. The plan would make it legal for adults 21 and older to grow, buy, possess, and use small amounts of cannabis, as well as pipes and other paraphernalia, and would provide regulations for a new marijuana industry. 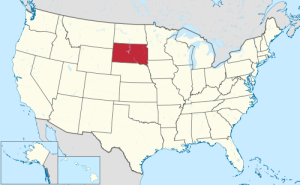 The initiative would also allow state and local governments to impose a sales tax capped at 20 percent, though it would leave that task to the North Dakota Legislature.

“We don’t think the reasons for a prohibition are legitimate,” said Eric Olson of Fargo, N.D., the committee chairman for the group pushing legalization.

Olson outlined the well-known arguments for legalization, noting that cannabis doesn’t hurt other people and that treating the drug as a crime has led to huge increases in the number of Americans behind bars – especially young, black Americans.

Opponents of the idea are sure to throw around “propaganda” claiming marijuana is dangerous or addictive, Olson said. But the idea is popular, he said, and should draw enough votes to pass.

Whether that’s true is an open question, but not by much. North Dakota is easily one of the most conservative states in the country, hardly an ideal place to launch a campaign to make pot legal.

Could be difficult to find support in conservative North Dakota

He’s probably right about the tactics opponents will use should his effort make the ballot. But he’s probably wrong about the mood among voters in the state. It’s a valiant effort, but one that’s unlikely to succeed anytime soon.

The biggest hurdle will be getting the group’s question on the ballot. That will require clearance from the secretary of state’s office and valid signatures from more than 13,000 voters statewide by July 11. First, elections officials must approve or reject the title and format of the petition, a decision expected in February.

The plan’s prospects are further clouded by a separate attempt to put medical marijuana on the ballot. That initiative, filed last fall, was initially rejected but later cleared, and volunteers are gathering signatures now. Olson said he doesn’t think two ballot questions would confuse voters, who can “vote for one or the other or both.”

That’s often not the case when voters are faced with dual ballot items. Their confusion typically leads them to reject both, according to elections experts.

Neither proposal is especially likely to appear on the ballot, let alone pass in November. Attempts to legalize cannabis on an Indian reservation in neighboring South Dakota last year met with outrage from state lawmakers and law enforcement.

Even medical marijuana has failed in North Dakota. A bill to make it legal lost by a lopsided vote in the legislature last February. That March, an attempt to approve a short-term study of medicinal cannabis also failed.