Marijuana reform is now a stronger bet in California, after two competing groups joined forces to push for legalization on the 2016 ballot. 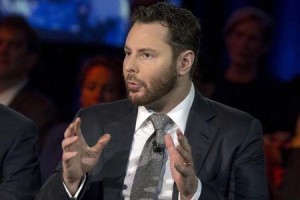 The Coalition for Policy Reform, a lobbying group based in the state, announced in December that it would withdraw its legalization initiative from consideration for next year’s election. Instead, backers of the group said they would throw their weight behind the other main contender, proposed by tech billionaire Sean Parker, onetime president of Facebook Inc.

Several major players in the reform game gave Parker their support, including Lt. Gov. Gavin Newsom. Parker’s plan was widely considered the stronger of the two, but Coalition board member Antonio Gonzalez said his group held out until Parker’s added measures to protect children, small businesses, and workers.

The move should alleviate many concerns about the future of reform in California. The state has a notoriously fractured cannabis lobby, a fact that has sent two previous legalization attempts down to defeat. Discord was so great the last time around, in 2014, that the question never even made the ballot.

There are still other groups pushing plans, but most are too small to have any hope of succeeding. Parker’s initiative has now become the dominant player a year before the election. It remains to be seen whether he can gather enough support from the industry to get his proposal passed, but he is likely to draw the most money.

California is widely considered the next great prize in the fight for legal marijuana. It is the most populous state in the union, and if it goes legal, cannabis will be available along the entire Pacific Coast, from Mexico to Canada. If either of those countries were to legalize cannabis, as appears increasingly likely, the geographic reach of reform would stretch from Alaska to Central America.

Four other states currently allow marijuana for recreational use: Colorado, Alaska, Oregon, and Washington State. The District of Columbia also permits legal cannabis, but no retail stores have opened there yet.

What other states are ripe for reform?

Nearly a dozen other states 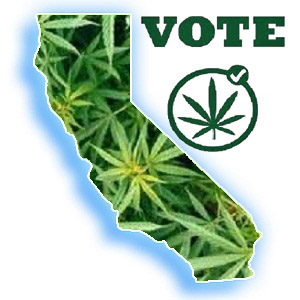 are on a short list of likely battlegrounds over legalization in the next few years. Maine, Massachusetts, Michigan, Nevada, and Arizona could all see legal marijuana on next year’s ballot.

Parker and his group tweaked his proposal with several amendments filed in early December. They would give local governments greater authority to say where cannabis stores can do business, tighten rules against selling to minors, ban marketing aimed at them, put warning labels on all marijuana products, and mandate work safety standards and labor law enforcement.

Cannabis would be taxed at both the sale and cultivation levels, and observers predict it could ultimately raise hundreds of millions of dollars for public projects. The potential for industry growth is enormous: California has more medical marijuana patients than any other state, along with an MMJ industry that already provides easy access to the drug.

There is already strong support for legalization in the state. A similar proposal failed at the ballot in 2010, the first time any state tried to legalize, but public opinion has crossed the 50 percent threshold in the years since.

The Parker initiative would make cultivation, retail sale, and personal use legal for adults over 21. The state would enact regulations to govern the new industry and taxing it.