By Eric HowardPublished On: October 9, 2018Categories: Adult Use, California, Featured

Los Angeles International Airport (LAX) has announced a new marijuana policy that reflects the legality of possession in California and elsewhere. Passengers in possession of state-legal amounts will not face arrest at LAX.

As of January 1, 2018, California law allows for individuals 21 years of age or older to possess up to 28.5 grams of marijuana and 8 grams of concentrated marijuana for personal consumption. With the change in state law, the policy and procedures of the Los Angeles Airport Police Division (APD) regarding marijuana were updated to reflect this change. APD officers, who are California Peace Officers, have no jurisdiction to arrest individuals if they are complying with state law. However, airport guests should be aware that Transportation Security Administration (TSA) screening stations are under federal jurisdiction. Also, passengers should be aware that marijuana laws vary state by state and they are encouraged to check the laws of the states in which they plan to travel.

For those who wish to travel with their cannabis, the next question may be, what about the TSA, which operates under federal law? The TSA’s official position is:

This statement raises a third question: If the TSA finds your state-legal amount of cannabis and “refers the matter to a law enforcement officer,” what happens next? At LAX at least, the answer seems to be “nothing.” 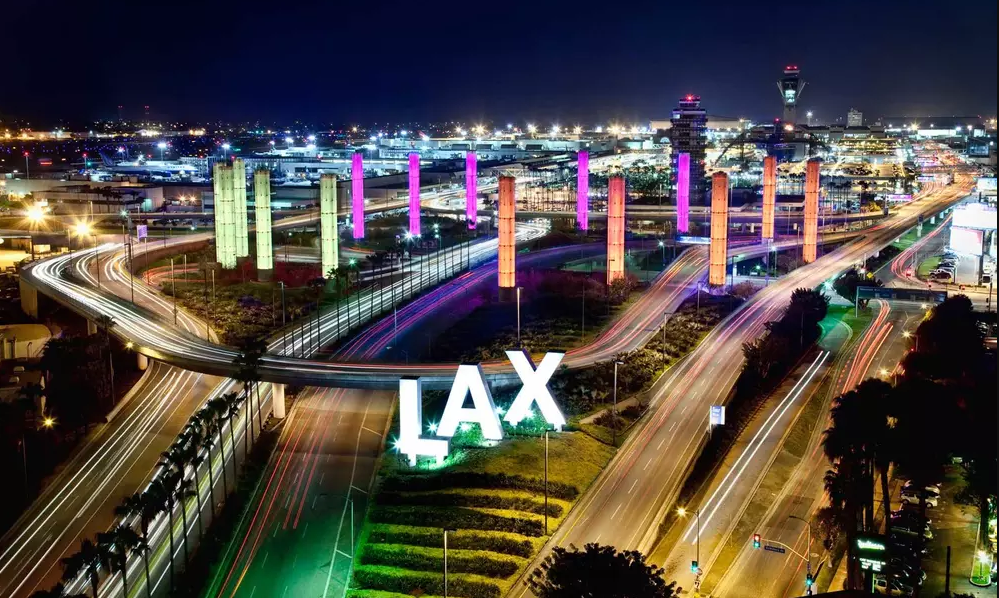 In a phone interview with McClatchy reporter, Alicia Hernandez, a spokesperson for the Los Angeles Airport Police, said: “Based on our policy, we’re not going to arrest you or confiscate marijuana.” Even if the TSA reports finding a legal amount of marijuana in your luggage or on your person, Hernandez said: “We’re not going to be taking any action against you for having that marijuana.”

Fliers should remember, however, that aircraft may be diverted in flight, so a trip from California to Denver via LAX could land in a state where possession is illegal. In addition, a plane in the air is in federal airspace, so those in possession of marijuana on a flight are breaking the law.

Another recent idea for travelers is the green amnesty boxes that have been placed at McCarran International Airport in Las Vegas. The boxes, which resemble mail boxes, allow for disposal of recreational and prescription drugs before inspection. Los Angeles City Council member Mitch Englander has suggested that LAX install amnesty boxes as well.

What do you think? Would you fly out of LAX with marijuana? Leave a comment below.