Jesse Ventura: DEA Is “Just Toying with Us”

It’s easy to forget, but there once was a professional wrestler who governed a state. His name is Jesse Ventura, he won the Minnesota governor’s office 18 years ago this November, and he still pops up in pop culture occasionally.

Most recently Ventura surfaced to scold the DEA for deciding not to reclassify marijuana under the Controlled Substances Act (CSA). A long-time advocate of legalization, he wrote an op-ed piece for CNBC in August, saying DEA officials never seriously considered rescheduling cannabis. The agency was “just toying with us,” he said.

“There were petitions that received enough signatures and then some senators wrote the DEA a letter, so the DEA had to give the matter ‘serious consideration,'” the former one-term governor wrote in the piece. “But as long as the DEA is in charge of both writing the law and enforcing it, they’re going to keep things status quo, no matter what American taxpayers actually want.” 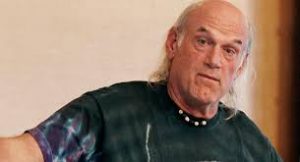 He’s right. Most serious observers knew well in advance of the DEA’s August announcement that the agency wouldn’t agree to remove marijuana from schedule 1 of the CSA, a list of drugs such as heroin and LSD that are banned for any use. The agency has too much at stake, Ventura said.

The former governor noted that the DEA controls which scientists get access to a legal supply of research cannabis and has long prevented studies into the drug’s medical benefits. Ironically, it is the federal government that continues to say more research is needed even while preventing that research, Ventura wrote.

The sad fact, Ventura said, is that most medical marijuana studies are conducted in Europe and Israel – and many are funded by money from the U.S. government. He pointed to Dr. Raphael Mechoulam of Israel, one of the most prominent researchers into medicinal pot.

“Although recreational marijuana is illegal in Israel, thanks to what Dr. Mechoulam has been able to prove, medical marijuana – not a pill, but the actual plant in smoked or edible form – is being prescribed in Israel for PTSD, epilepsy and rare seizure disorders, MS, Chrohn’s, chronic pain, cancer, and even HIV,” the governor said.

But American patients have a much harder time getting the drug for legitimate medical uses, he said, and the DEA bears much of the blame.

“See, it comes down to job security,” Ventura wrote. “Why on earth would they reverse their position on marijuana? That would mean for the past 45 years, they’ve been prosecuting American citizens unjustly, ruining lives, and for what? Nothing. Literally nothing. Imagine if the DEA did reclassify marijuana. Would everyone with a marijuana conviction then be able to sue the DEA? Would their sentences be commuted? Would we see amnesty for marijuana offenders?”

But Ventura argues that Americans won’t find an end to prohibition in the presidential election. Instead, reform requires a thriving, legal, private marijuana industry, he wrote. It also requires that citizens get out and vote for ballot initiatives to legalize the drug.

“We have to stop thinking that the federal government knows best because it doesn’t,” Ventura said. “Over half the country wants marijuana to be legalized. Just to put that into perspective: We haven’t seen that kind of universal agreement on who we want as the next president!”

Leave a comment below: Is Ventura right? Can the federal government be trusted to legalize marijuana, or should voters act on their own?