Officials in Iowa, the state that recently convicted Benton MacKenzie and his family for growing medical weed, have made another questionable marijuana bust.

This time, a couple in Jasper County were arrested and charged with possession of 42 grams of pot, 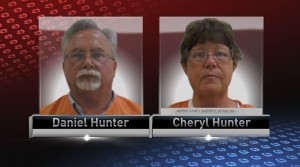 possession with intent to manufacture, and possession of paraphernalia. The possession charges are misdemeanors, but the manufacture charge is a felony, punishable by a $7,500 fine and up to five years in prison.

That means Daniel Hunter, 56, and Cheryl Hunter, 54, could soon be locked up for growing a plant that’s legal in two states and permitted for medical uses in 21 others. Marijuana remains illegal in Iowa for every purpose except one: the treatment of severe seizure disorders using a non-intoxicating form of the drug.

Even the new law behind that policy is unlikely to ease the risks faced by medicinal users and growers in the state. There was no early word on whether the Hunters grew for their own medical use or sold to others, but no distribution charges were filed.

The fact that the Hunters allegedly grew weed in their own home suggests there’s a good chance they were using the cannabis as medicine. Still, that fact may not help them in court.

Police with the Mid-Iowa Narcotics Task Force raided the Hunters’ home with search warrants on the evening of July 23. Officials with the task force didn’t say what they found inside the house.

The arrest comes less than a month after an Iowa jury convicted Benton MacKenzie, his wife, Loretta, and their adult son, Cody, of growing pot in the house owned by Benton MacKenzie’s parents. 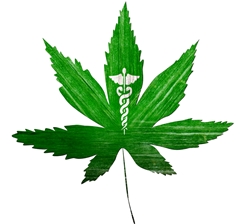 The parents were also arrested, but the charges were later dropped when prosecutors acknowledged they didn’t have enough evidence to convict the elderly couple.

Benton MacKenzie wasn’t allowed to tell jurors that he uses pot for medical purposes, or even that he has a terminal form of cancer known as angiosarcoma – even though he was rushed to the hospital during his trial.

Angiosarcoma is one of the most aggressive types of cancer, and it causes severe chronic pain. Benton MacKenzie also used weed to treat the effects of cancer therapy.

Sentencing for Benton, Loretta, and Cody is scheduled for August. Benton and Loretta MacKenzie face up to five years in prison. Benton MacKenzie would likely die there, no matter how short his sentence.

The fact that Iowa is now arresting families and middle-age couples for growing a drug that will probably be legal there in a few years raises serious questions about the state’s commitment to justice.

Lawmakers passed a bill earlier this year that allows neurologists to recommend a limited form of marijuana to patients with an extremely short list of conditions – in practice, only epilepsy.

The strain of weed approved by the legislature and Gov. Terry Branstad is high in CBD, a chemical thought to quiet seizure activity in the brain. At the same time, it’s low in THC, the chemical that gets marijuana users high. 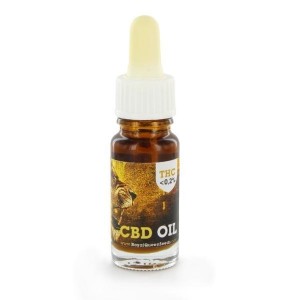 Iowa is one of nearly a dozen states to adopt CBD laws. This form of medical cannabis is much more appealing to conservative lawmakers than full MMJ because no one gets high – even better, no one gets the drug in the first place.

That’s because Iowa lawmakers failed to provide a way for patients to actually get CBD pot. It must be grown outside the state, and federal drug trafficking statutes bar interstate shipments of controlled substances.

That means Iowa’s MMJ program is dead in the water, leaving people like Benton MacKenzie – and possibly the Hunters – with no other choice but to break the law and grow weed for themselves.