Iowa Cop: If You Play Frisbee Golf, You Smoke Weed

How’s this for police chutzpa? A cop in Pennsylvania tried to search an innocent man for marijuana on the grounds that everyone who play Frisbee golf also smokes weed. 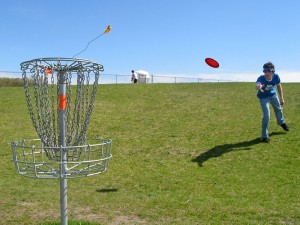 A suspicious motorist turned on the camera when he was approached by a police officer near his parked car in Ankeny, Iowa, after a game of disc golf. The officer told the man he had committed a vehicle violation, then promptly began to question him about his pot smoking habits.

“You play Frisbee golf?” the cop asked the man early in November.

“I do, actually,” the man replied. “I play out at the Heritage” Park disc golf course.

“OK, I need you to answer me a question,” the cop insisted. “Why is it that everybody that plays Frisbee golf smokes weed?”

The man, understandably confused, replied that not all Frisbee golfers enjoy cannabis. “No,” he said, “it’s not everybody.”

The cop then took issue with this: “It’s everybody, man. You can’t tell me you never smoked weed,” he pressed.

The man, as was his legal right, refused to answer the question. “I’m not gonna tell you one way or another.” The police officer, like any poorly trained cop, took that as an admission of guilt.

“See? There you go,” the officer said. “How much weed do you have in the car today?”

The cop then pushed the Frisbee golfer to consent to a search of his car, saying, “You understand you’re free to go and everything, but you wouldn’t have a problem with me looking through your car?”

The man refused and pointed out that not all Frisbee golfers use pot. In return the cop accused the man of hiding weed in his car. “So you have weed in the car then, is what you’re saying?”

The motorist answers, “No I would say I have a problem with you searching my car because you’re profiling me based on being a disc golfer.” 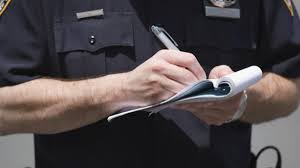 The officer eventually let the man go without arrest or citation, but not before making clear how local cops approach law enforcement in Ankeny. The police department apologized for the exchange, saying the officer was “ignorant” of the law, but that’s little comfort to people who must deal with overly aggressive police officers every day.

One key piece of information was missing during the unfortunate conversation: The cop had no evidence to suggest the man was engaged in any kind of criminal activity.

In order to search you, your home, or your car, police must first have “probable cause” to believe a crime has been committed. They can ask for your consent to search, but that in no way means they have the right to search. And you should always say no.

Robert Rigg, a law professor at Drake University in Iowa, said any evidence found during a search would probably be tossed out of court. That’s because the cop tried to turn a simple vehicle check into a criminal search based on nothing.

“What the officer did after that was try to extend that stop into a general search of the defendant’s car, or the individual’s car,” Rigg said. “That’s not permissible anymore. The Iowa Supreme Court has held that under the Iowa constitution you can’t convert an equipment violation stop into a general search. And any consent that would have been given would have been invalid in any event.”

Rigg said the Frisbee golfer followed the right steps under the circumstances: He politely declined to answer incriminating questions and refused consent to search.