Emma Mae Faulk of Macon died Aug. 24 at 74 years old. Her body was shown for viewings at the Bentley Brothers Funeral Home. 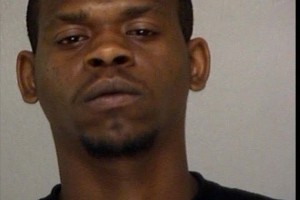 Two of her grandsons, Henry Ison Rouse, 27, and Nekoase Antwan Vinson, 30, were escorted from jail to the funeral home, where they were granted a private viewing with Faulk’s body.

“One of them stayed in there a good amount of time,” said Rev. Roland Stroud, who officiated the funeral.

Both men were searched and handcuffed before leaving the Bibb County Jail.

When they returned, authorities found a plastic bag of marijuana, a leaf tobacco pouch, a lighter, and a cellphone taped under Vinson’s groin, said county Sheriff David Davis. Davis said he believes friends of the two inmates left the contraband in the casket so Rouse and Vinson could smuggle it back into the jail.

“We see ingenious ways for the inmates to bring in contraband,” Davis said. “But this is a new one on us.” 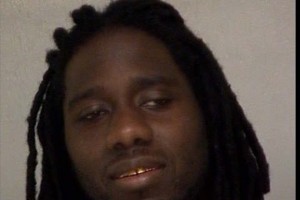 Vinson and Rouse were charged with marijuana possession and attempting to bring prohibited items into the jail. Vinson had been in jail since July 28 as part of an undisclosed FBI investigation, and Rouse was incarcerated on a string of charges that included obstruction of justice, gang crimes, and drug allegations.

“This incident illustrates the audacity of this generation of jail inmates,” Davis said in a statement. “To use the body of a deceased grandmother to hide drugs and other contraband is wicked.”

Davis said officials would continue their investigation and would look at whether any other family members were involved.