By Matt BrooksPublished On: May 17, 2021Categories: Arrests, Featured, Indiana, US News

Nebraska law enforcement found 146 pounds of cannabis, as well as methamphetamine, in the truck of an Indiana man during a traffic stop.

According to documents submitted to court, Nixon’s vehicle was stopped by Nebraska state troopers on Interstate 80 on suspicion the truck had a fake plate, was otherwise not properly registered or was stolen. Nixon presented his license and the correct vehicle registration papers but his behavior aroused the suspicion of the attending officer.

After Nixon granted a vehicle search, the trooper found several sealed cardboard boxes as well as a tote bag on a bed at the back of the truck. The trooper then took one of the cardboard boxes out of the truck and brought it to his vehicle. At this point, Nixon became agitated and when asked if the box contained cannabis he confirmed that it did. 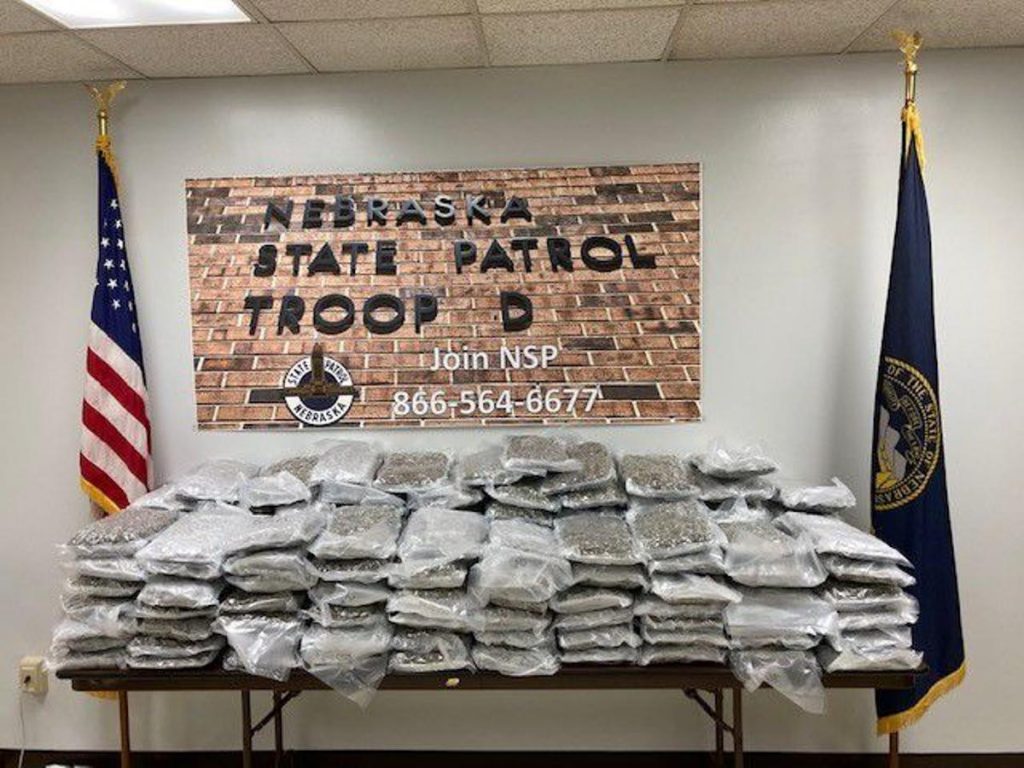 Nixon then revealed he was driving from Sacramento, California, to Cincinnati, Ohio, to transport cannabis and that he was being paid $100 per pound to do so. After towing Nixon’s vehicle to the State Patrol office, a thorough search of the truck uncovered 146 sealed plastic bags containing marijuana with each package weighing one pound. Officers also found a small stash of methamphetamine and a smoking pipe which Nixon said he used in order to stay alert on the long drive.

Nebraska has some of the most strict anti-marijuana laws in the country, with even medicinal use banned aside from CBD preparations containing no more than trace amounts of THC. Further, interstate trafficking of cannabis remains a felony offense throughout the US. Ohio, meanwhile, legalized medical cannabis in 2016 but other than a few jurisdictions where cannabis is decriminalized, possession remains a criminal offense for recreational purposes. Nixon’s home state of Indiana has some of the harshest cannabis laws in the country, with any sale, possession, cultivation or distribution of the plant at any amount considered a crime, except for CBD products containing less than 0.3 percent THC.