Late last year, the Obama administration quietly announced a new policy that would allow American Indian reservations to decide for themselves whether they want to legalize marijuana for personal use. 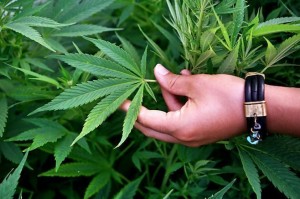 The decision made a few waves, but it mostly went unnoticed. What difference could it make if a reservation here or a reservation there lets members grow, sell, and use cannabis within tribal boundaries?

Well, as it turns out, quite a lot – especially when you consider all the white people living nearby.

Just one or two tribes have acted on the idea yet, but dozens of others are already talking about it. And it could be just a matter of months before the first legal marijuana is available on an Indian reservation.

That would be the Flandreau Sioux Tribe in eastern South Dakota. Tribal leaders voted earlier this year to start a program for cultivation, sale, and recreational use of cannabis on the reservation by January. It would make Flandreau the first tribe in the United States to fully legalize marijuana.

The drug would also be available as medicine to reservation patients, but the chief attraction would be a first-of-its-kind marijuana lounge, complete with music, games, food, and cannabis. The drug would sell only in small amounts, 1 gram at a time, and customers would be held to a strict 2-gram maximum per day.

That’s not a lot of marijuana, and there’s a reason for it. Police and civic leaders in nearby Flandreau, S.D. – not to mention state leaders and lawmakers – are aghast at the idea of legal marijuana in a South Dakota town. Cannabis is strictly forbidden for any use under state law, and even simple possession is a crime.

So tribal leaders plan to clamp down tight on off-reservation smuggling by limiting daily consumption. Police have as much as said they’ll be swarming the exits of the reservation once the program opens.

The Flandreau Sioux reservation is remote, hundreds of miles from any major city, but it’s not as remote as it might seem – and that’s one reason the tribe’s plans could have wider implications. Flandreau sits near two interstates, I-29 and I-90, and is just miles from the Minnesota line. Iowa, North Dakota, and Nebraska are a short drive away.

“There’s great economic advantages, and medicinal value,” said Tony Reider, the tribe’s president. “Plus, with any business venture, the first to market can corner the market early.”

Addiction is an existing problems among tribes

In Wisconsin, the Menominee Tribe recently held a public referendum to decide whether to legalize. Nearly 60 percent of residents said yes, while 77 percent said they want medical marijuana. The tribal council now must draft legislation and decide whether to move forward.

There is plenty of opposition to Native American marijuana. White local leaders insist it will bring crime and impaired driving, while state politicians fear they’ll miss out on a windfall, since tribes aren’t subject to sales taxes. 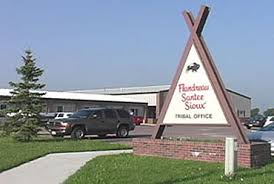 But there isn’t much they can do. Indian reservations interact with the U.S. government through formal treaties and fall outside the jurisdiction of the states.

Cops in Flandreau and Wisconsin have said they plan to ramp up enforcement in town. That could make leaving the reservation a risky proposition for visitors – and even for residents. It could even encourage greater racial profiling by police.

But there’s one thing it’s sure to do, and that’s the most important: It’s going to bring legalization somewhere new. And once Minnesotans and Iowans and Nebraskans and Dakotans can drive a few hours for legal marijuana, how long will it be before their own states give up the game?