Plans to open the world’s first marijuana nightclub on a South Dakota Indian reservation have run into trouble. 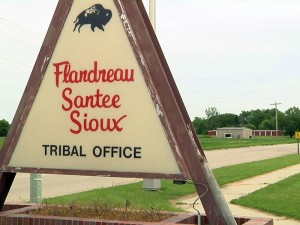 Leaders of the Flandreau Sioux Tribe said in November that they were putting their legal cannabis project on hold and burning the crop they planted to supply it. The decision came as the tribe seeks clarification on legal matters from the federal government.

Seth Peerman, the tribe’s attorney, said once the tribe gets answers from the Department of Justice, “it will be better suited to proceed.” The decision doesn’t mean the Flandreau Sioux are backing out of legal marijuana, Peerman said in a statement.

“The tribe will continue to consult with the federal and state government and hopes to be granted parity with states that have legalized marijuana,” he said.

“The decision by the Flandreau Tribe to not move forward at this time with marijuana growth in South Dakota is positive and is in the best interest of both tribal and non-tribal members,” Jackley said. “I understand that this has been a divisive matter and that this decision by tribal authorities has not been easy.”

Jackley said Flandreau Sioux leaders acted after meetings with state officials. Both sides talked about the tribe’s plans as they proceeded, he said.

“We haven’t always agreed, but we’ve had good, positive discussions,” he said. “I will do whatever I can as South Dakota’s attorney general to assist Flandreau in the decision and as I have done throughout this process, make myself available to tribal leadership for further discussions.”

The DOJ announced last year that American Indian tribes are within their rights to legalize marijuana for any use, medical or recreational. The Flandreau Sioux were the first to take advantage of the new policy, though others have discussed the possibility.

The nightclub was to have included live music, games, gambling, food, and drinks. The tribe planned to impose strict limits on how much marijuana each customer could buy at a time, reducing the likelihood of smuggling. 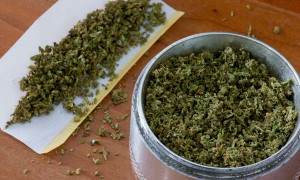 But state and local leaders hinted that visitors to the reservation – also the site of a casino – could face a swarm of police upon leaving. A blood sample that tests positive for any amount of THC, active or inactive, counts as criminal possession under South Dakota law, meaning a tourist who gets high, stays overnight at the reservation hotel, and leaves the next morning could still be busted.

Rep. Matthew Wollmann, a Republican who represents the white community of Flandreau, S.D., said the decision caught him off guard. He toured the tribe’s cannabis site in October and said he expected them to continue.

“They’ve invested a lot of money into the facilities,” Wollmann said.

But even with the pause, the Flandreau Sioux could again come into conflict with the state over marijuana. The drug is illegal in South Dakota for any use.