How Is Marijuana Banned by the Feds?

Marijuana laws vary from state to state. Some allow the drug for any use, including recreation; others allow it only for medicine; and still others ban it completely. This is widely known.

But there are also federal statutes that apply to cannabis, its cultivation, its sale, and its possession. These laws have been in place in some form or another since the 1930s, and while many politicians want to change that, it probably won’t happen soon.

So how do these federal laws work? 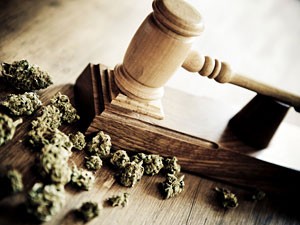 The most important set of statutes when it comes to cannabis are included in the Controlled Substances Act. This Nixon-era law, part of a package of anti-drug bills passed in 1970, is the basis for almost all criminal drug prohibition at the federal level.

Its most critical purpose was to label a long list of drugs that are “controlled” by the federal government. These drugs are divided into five categories, or “schedules.”

The schedules, in turn, are ranked based on three factors: how dangerous a drug is, how addictive it is, and how useful it is as medicine. Drugs at the top, in schedule 1, are considered especially dangerous, especially addictive, and medically useless.

Schedule 2, meanwhile, covers drugs that are somewhat less dangerous, somewhat less addictive, and somewhat more useful as medication. And so on down the list to schedule 5, which includes much safer drugs such as cough syrup with codeine and anti-diarrhea medications with small amounts of opiate.

Everything from schedule 2 to schedule 5 has some medical use. At schedule 2, these drugs are still considered very dangerous and addictive. They include cocaine, PCP, and methamphetamine.

But schedule 1, home of heroin, LSD, and synthetic marijuana, is where all the political action lies. That’s mostly because real cannabis is also included on this list.

Not surprisingly, that has been the focus of great contention for decades. Science has long shown that pot is much safer than almost any drug in the CSA, less addictive, and highly useful as medicine. But the Department of Justice, the DEA, and other federal agencies have refused to budge on the issue. 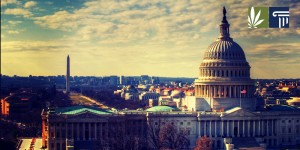 The CSA makes it possible to ban any drug on schedule 1 for any use, including medical. And this is how the government has prohibited cannabis across the board. But the ban isn’t actually in the CSA itself. Instead, it’s contained in separate criminal statutes.

Under these laws, any possession, sale, or cultivation is a crime, as is sale of drug paraphernalia. And penalties are harsh, much harsher than in many states.

Possession of any amount of cannabis is treated as a misdemeanor on a first and second offense. A first offense is punishable by up to one year in jail and $1,000 in fines. A second offense carries the same maximum jail sentence, but also includes a mandatory minimum of 15 days, plus a $2,500 fine.

Subsequent offenses may be treated as either misdemeanors or felonies, with a punishment of at least 90 days in jail, as many as three years in prison, and up to $5,000 in fines.

Sale of any amount of marijuana is a felony under federal law. Penalties range from as many as five years in prison for less than 50 kilograms to between 10 years and life in prison for 1,000 kilograms or more. Fines can reach $1 million.

Penalties double for sale to a minor or within 1,000 feet of a school. Felony sale of paraphernalia, meanwhile, carries a maximum penalty of three years in prison.

Growing any amount of cannabis is likewise a felony and comes with the same penalties as sale. Amounts are measured in number of plants rather than weight, but the numbers and sentences are the same.