How Does Marijuana Move?

By Matt BrooksPublished On: April 28, 2016Categories: Featured, US News

If you’ve ever bought marijuana on the black market, you may have asked yourself a question: How exactly did the stuff get to me? 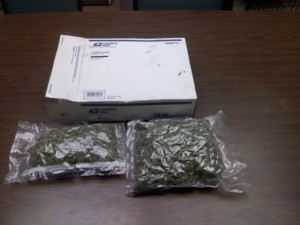 The answer, naturally, is complicated. But as a general matter, shipping cannabis from one place to another – whether across the country or between cities – takes many forms. If there is a way to move something from one place to the next, it has been used to transport pot.

Still, some methods are more popular than others. Bringing marijuana across a national border is usually a major undertaking, while driving it 100 miles is easy and relatively safe. Like everyone, drug traffickers tend to take the path of least resistance.

Still, that doesn’t account for the vast majority of marijuana in America. California produces 62 percent of the nation’s supply, and that product has to move somehow. So here are three of the many ways we ship our second-favorite drug across country.

This may seem incredibly risky – after all, postal packages go through many hands before they reach their destinations, and some of those hands are likely to be the suspicious sort. The U.S. Postal Service employs an entire division of inspectors who do nothing but look for contraband in the mail.

Even so, they find almost none of it. The key point to remember is that many millions of letters and packages traverse the United States every day. That’s far, far too many to X-Ray or scan or put in front of drug dogs. Inspectors have their ways, but they catch very little.

The consequences of getting caught, however, tend to be unpleasant. Federal charges are always possible, and traffickers are known to make the kind of bone-headed mistakes that send pounds of marijuana to the wrong address. That’s an easy way to get busted. 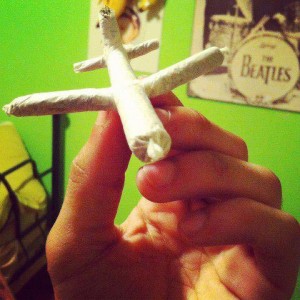 Mail may seem risky, but shipping pot by airplane actually is risky. It’s not uncommon for dealers to fly to Colorado or Washington, buy some legal marijuana, and fly it home to sell on the street.

But they’re playing with their freedom. Federal airport security isn’t trained to catch drugs, but if they spot them, they’ll call the local police. That means an arrest in a strange state, local drug charges, and even possible federal trouble.

The real danger in this method is that it’s so easy to get caught: Everything you carry is run through a scan of some sort. But for what it’s worth, certain airport threats are oversold. Most police dogs you might see are trained to find explosives and guns, not weed.

As long as drivers obey traffic laws, this is usually the safest means to transport cannabis. Police simply don’t have the resources or the ESP needed to stop every trafficker on the road.

That said, dealers often have a tendency not to obey traffic laws. In that case, even a simple speeding ticket could turn into a major drug bust if the cops are in a skeptical mood.

In the end, whatever the method, the vast majority of marijuana makes it to its final destination, and from there to its many happy users. Law enforcement has very few realistic means to stop the constant flow of drugs, with one exception: confidential informants. Whenever you read of a big shipment stopped on its way, it’s almost certainly because someone with a grudge tipped off the cops.