Former Secretary of State Hillary Clinton, the front-runner for the Democratic presidential nomination, said in November that she wants to reschedule marijuana under the Controlled Substances Act. 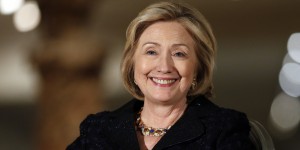 Clinton’s remarks came at a rally in South Carolina Nov. 7. Her chief competitor for the nomination, Vermont Sen. Bernie Sanders, has already gone on record calling for rescheduling and has authored legislation to make it happen.

Clinton spoke just days after Sanders announced his bill, and her comments were an apparent attempt to flank him on marijuana reform. But she didn’t go quite as far as his call for full legalization of cannabis; she still refuses to endorse that idea.

Even so, her support of rescheduling could pave the way for legal marijuana. The drug is currently listed in schedule 1 of the CSA, a law that categorizes drugs under the control of the DEA. Schedule 1 includes drugs the federal government considers especially dangerous, especially addictive, and medically useless, including heroin, LSD, and synthetic cannabis.

Inclusion on schedule 1 means a drug can’t be used by anyone for any purpose, including research. That greatly hampers science into marijuana’s benefits and makes full legalization a practical impossibility.

Activists have been pushing for many years to remove cannabis from schedule 1, an effort that was fruitless until this campaign season. Now that two major candidates support rescheduling, it’s becoming a distinct possibility.

Clinton said she wants to move marijuana from schedule 1 to schedule 2, a category the government believes has “less abuse potential.” It includes cocaine, methamphetamine, and PCP, all drugs that are tightly controlled yet have limited medicinal uses. Moving cannabis there would make it easier for scientists to study how it works as medicine.

We must learn more about marijuana

“What I do want is for us to support research into medical marijuana, because a lot more states have passed medical marijuana than have legalized marijuana, so we’ve got two different experiences or even experiments going on right now,” she said at a town hall gathering. “And the problem with medical marijuana is there’s a lot of anecdotal evidence about how well it works for certain conditions, but we haven’t done any research. Why? Because it’s considered what’s called a schedule 1 drug, and you can’t even do research in it.”

Clinton has said before that she opposes recreational legalization but strongly supports medical marijuana. A move to schedule 2 would lift the most restrictive rules on cannabis, rules that make it impossible for researchers to study the plant’s medical benefits.

“If we’re going to have a lot of states setting up marijuana dispensaries so that people who have some kind of medical need are getting marijuana, we need know what’s the quality of it, how much should you take, what should you avoid if you’re taking other medications,” she said.

A means to criminal justice reform 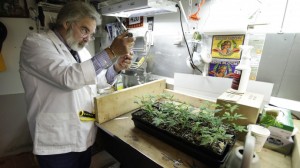 Despite her opposition to legal cannabis, Clinton has said she sees decriminalization as a key part of criminal justice reform. Politicians on both sides of the aisle have joined forces in an effort to end harsh sentencing laws and free inmates serving time for non-violent drug crimes.

“We have got to stop imprisoning people who use marijuana,” Clinton said during the October debate between Democratic candidates.

During the same debate, Sanders said he would vote “yes” on legalization if he had the chance to cast a ballot in Nevada next year. The state is considered a good bet to join Oregon, Washington, Alaska, and Colorado, states where marijuana is now legal for recreational use.

Later, Sanders proposed a rescheduling and introduced the legislation to carry it out. Including Maryland Gov. Martin O’Malley, who holds a distant third place to Sanders and Clinton, every major Democratic candidate has come out in favor of moving cannabis from schedule 1.

Clinton’s plan reflects the input of groups that support medical marijuana research. Earlier this year, for example, the American Academy of Pediatrics petitioned the DEA to reschedule the drug so it could be used in research.