Hemp is the redheaded stepchild of the marijuana plant. It has huge potential in agriculture and industry, but it’s not the kind of cannabis you smoke, and that has kept it off the front burner of American politics. 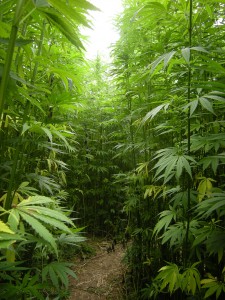 That’s starting to change. In Colorado, hemp is staging a quiet revolution, fueled by profit and industrial needs.

In 2014, the second full year of legal marijuana in Colorado, several farmers harvested hemp crops. The yields weren’t impressive, but hemp’s potential is clearly huge. This year, some of that potential became reality as hemp found its way into industry, academia, and the retail market.

Hemp is a tough, fibrous material found in the stalk of the cannabis plant. Unlike the bud and leaves of the plant, hemp contains little to no THC and is therefore not intoxicating. It has many applications: It is used to make rope, paper, and fabric, among other materials.

Hemp has a long, illustrious history, with uses dating back thousands of years. But because marijuana is illegal in most of the United States, hemp is also banned.

Industry is flourishing in Colorado

That isn’t true in Colorado, where voters approved legal cannabis in 2012. The material still can’t be shipped from state to state, as that would be considered drug trafficking under federal law – even though hemp is non-intoxicating. But hemp is undergoing a comeback within state lines.

Analysts predict a booming future for hemp, despite its negative image. As with marijuana, the hemp market is likely to see massive, rapid growth.

Colorado is staking a claim as hemp headquarters for America, a goal the state may well accomplish. The Rocky Mountain Hemp Association, based in Denver, recently changed its name to the National Hemp Association – an attempt to give the industry a nationwide presence.

Though grown mostly in Colorado, hemp is likely to be big business elsewhere, soon. It’s legal to grow hemp in at least four states, including Colorado, Washington, Oregon, and Alaska. That number will only grow in coming years. 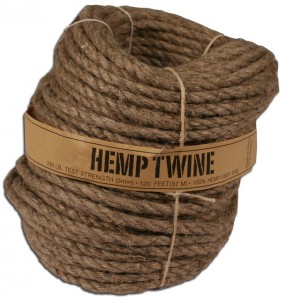 “Hemp is currently a $620 million industry in the U.S.,” said Zev Paiss, executive director of the National Hemp Association. “Hemp can create tens of thousands of American jobs if businesses can grow, process and source their hemp in the U.S.”

One of the largest hemp farms in the United States sits on 132 acres east of Pueblo, Col. The site is used to grow tens of thousands of hemp plants, all low in THC but high in other cannabinoids.

That makes the hemp more useful as medicine, since multiple cannabinoids provide symptom relief. Alexis Korybut, the executive behind the farm, said the operation will soon include a large processing plant that should provide 30 new jobs. Korybut said he wants to make Pueblo “a center of activity” for hemp cultivation.

But he said the market is still very young, too young to deal directly with customers.

“We’ve been reluctant to pull the trigger on customer contracts,” Korybut said. “For serious customers, they need to make sure that we have quality, quantity, and consistency.”

Hemp is currently a wide-open market, but regulators caution the industry will have to behave like any other. Duane Sinning, who runs the hemp program at the Colorado Department of Agriculture, said his office tries to offer realistic advice to prospective hemp growers and sellers.

“Quit thinking of yourself as special,” Sinning said. “As soon as you consider yourself mainstream, then that’s the start of an industry.”

Last year, Colorado farmers harvested about 200 acres of hemp, despite filing paperwork for 1,811 acres. Some applicants just wanted a license as a keepsake, Sinning said. This year, however, farmers have registered for 2,830 acres plus almost 500,000 square feet indoors.

“It’s still a niche crop, but there is potential,” he said.