On May 30, the New York Times published a story of a Macon, Georgia, couple who successfully treated their son’s severe seizures with marijuana—and lost custody of him as a result.

Prescribed medication did not keep David Brill, a teenager, from experiencing daily seizures. His parents, Suzeanna and Matthew, were desperate. They gave him marijuana to smoke, and he went 71 days without a seizure. The Brills told the boy’s doctors and a therapist. A short time after they told the therapist, the police came to their home. The police insisted that the Brill parents take him off marijuana. Shortly thereafter, he had another seizure and was hospitalized for a week. His next stop would be a group home.

Because Suzeanna and Matthew had given their child an illegal drug, they were charged with reckless conduct and lost custody of David. Sheriff Darren Mitchum said at a news conference: “It doesn’t matter if I agree with the law, or like it.” The Sheriff recommended that Suzeanna and Matthew find another doctor. Suzeanna and Matthew are now working extra hours and asking for help online so that they may hire a lawyer. 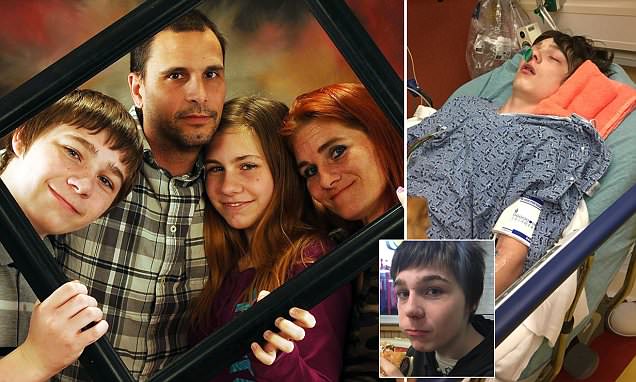 The group home did not allow him to keep his service dog, which is trained to alert people when a seizure is about to happen. The home also took him off marijuana, and his seizures returned. During his seizures, Suzeanna said, he would throw things and be hard to control. Parental visits and phone calls were strictly limited. They have no regrets, however. The 71 days that David did not have a seizure were worth it. In an interview, Matthew said, “We found a treatment that worked.”

In a recent first, a panel of experts on central nervous system diseases such as epilepsy voted unanimously to recommend to the Food and Drug Administration that it approve an antiseizure drug, Epidiolex, that contains cannabidiol (CBD). The panel’s report says that “Clinically meaningful and statistically significant reductions in seizure frequency were demonstrated in three adequate and well-controlled trials.” Although the drug did not work for all patients, others experienced great relief from their symptoms. All the patients in the trial had severe symptoms, including having seizures strong enough to break their bones.

Before voting to approve the drug, the panel held a hearing at which the parents of children afflicted with seizure disorders made emotional pleas for the drug’s approval. The parents told of tremendous improvements in the children’s symptoms much like those experienced by David Brill. The panel’s report, now submitted to the FDA, includes a study about the potential for abuse of CBD. That study’s conclusion: “Based on clinical experimental data, CBD does not appear to have abuse potential.”

On June 25, the FDA announced that it has approved “Epidiolex…for the treatment of seizures associated with two rare and severe forms of epilepsy, Lennox-Gastaut syndrome and Dravet syndrome, in patients two years of age and older. This is the first FDA-approved drug that contains a purified drug substance derived from marijuana.”

What do you think? Will the Brills be allowed to let their child use marijuana? Leave a comment below.