Florida is the third-most populous state in the country, so it’s no small deal that the state got its first medical marijuana dispensary in July.

The first legal medicinal pot shop opened in a Tallahassee strip mall July 26, and the store sold its first batch of cannabis to Dallas Nagy, who walked away with a batch of THC capsules to treat epilepsy and muscle spasms. Local reporters were there to capture the moment. 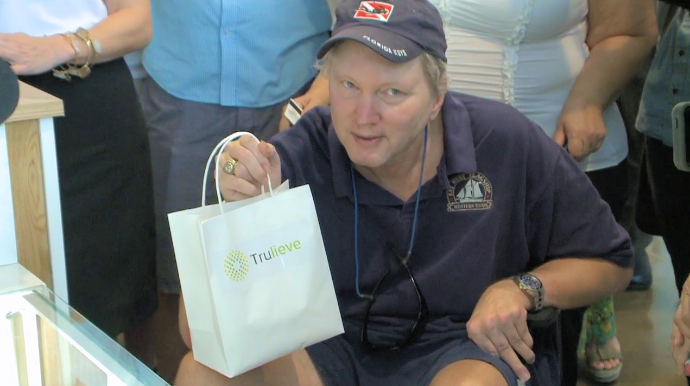 The first patient to receive medical cannabis in store at Trulieve in Tallahassee. July 26, 2016.

“Where’s my stuff?” Nagy joked as he paid $60 for the pills. He said he drove 200 miles from his home near Tampa so he could be first in line. The grand opening of the Trulieve dispensary in Tallahassee drew a small crowd of doctors, marijuana activists, and journalists.

More dispensaries to open this year

Dispensaries are expected to open in another 18 cities within the next year, along with six distribution facilities spread across the state. Officials gave Trulieve a license two years ago, shortly after state lawmakers approved medicinal cannabis for a limited number of patients.

The Florida Legislature approved a program that allows patients to use a non-intoxicating form of marijuana as treatment for the symptoms of just three conditions: cancer, multiple sclerosis, and intractable seizure disorders. Patients suffering from terminal illnesses also have access to intoxicating cannabis with higher concentrations of THC.

Doctors in Florida may now write informal recommendations allowing patients with these disorders to buy cannabis at dispensaries in heavily populated areas across the state. Patients must first develop a healthcare relationship with their physicians before obtaining recommendations, and both provider and patient must register with state health officials.

Doctors cannot issue formal prescriptions, since those are regulated by the FDA and federal law still prohibits marijuana for any use. But the use of informal recommendations makes little practical difference for most patients.

So far, however, the state has struggled to clear enough doctors to meet patient demand. The provider application requires complicated paperwork and a day-long training course. That costs doctors time and money, costs most are unwilling to pay. That means prospective patients may continue to face delays in getting their medicine.

As of the end of July, just 25 doctors had applied to provide patient recommendations. Even so, patients and their advocates were ecstatic about Trulieve’s grand opening. 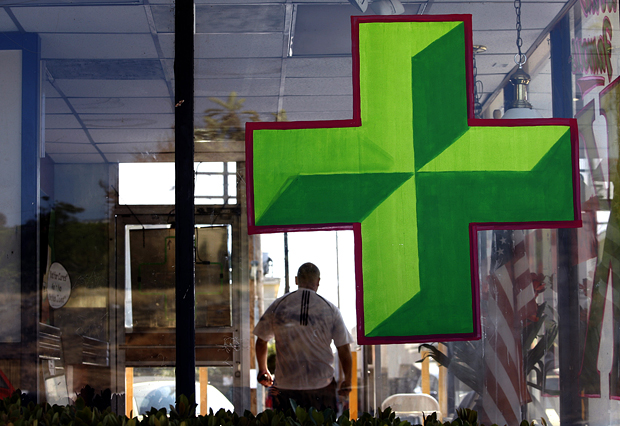 “Now that it is here, open and as medicine, more doctors are going to come on board,” said Dennis Deckerhoff, an activist who campaigned for medical marijuana so he could treat his son’s severe epilepsy. Deckerhoff called the Trulieve opening a “Field of Dreams” moment.

Florida’s medical cannabis law was approved shortly after voters failed to pass a more inclusive law at the ballot in 2014. The proposal won more than half the vote, but at least 60 percent is required to amend the state constitution.

Medical marijuana is now legal in some form in more than 30 states and the District of Columbia, as well as multiple U.S. territories. Most give patients full access to the drug, but several more conservative states, including Florida, permit only non-intoxicating pot.

In the Sunshine State, state Sen. Rob Bradley, who led the drive for legal medicinal cannabis, praised the first legal sales at Trulieve.

“It took way too long and there were too many delays but we are finally full speed ahead,” Bradley said.