The U.S. Food and Drug Administration has launched a new study into marijuana and its place on the list of federally controlled substances.

The study, started at the behest of the DEA, will examine whether the federal government should remove cannabis from schedule 1 of the Controlled Substances Act. 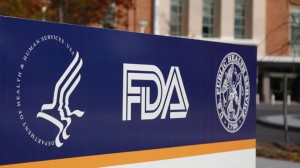 That statute created a tiered list of substances either banned or controlled by federal law. Schedule 1 includes the most dangerous, most addictive, and least medically useful drugs, including heroin and ecstasy.

Marijuana is also on the list, even though voluminous evidence shows it’s not especially dangerous, has a low addiction rate, and has a large array of medical uses.

To legalize pot at the federal level, the government would have to move weed to a lower schedule, maybe schedule 3, which includes barbiturates and ketamine, or schedule 4, which primarily covers benzodiazepines and other sedatives.

Essentially, the lower the schedule, the easier it would be for Congress to legalize weed. That doesn’t seem to be likely in the near future, but after an election or two, lawmakers might be more likely to loosen the reins on marijuana. That’s certainly the direction political momentum is heading.

Indeed, the decision to investigate the potential benefits of marijuana marks a potential turnaround for the FDA and the DEA. The DEA, in particular, has long tried to squelch potentially positive research into weed.

The FDA’s deputy director for regulatory programs, Douglas Throckmorton, announced the study during a June Congressional hearing into possible reclassification.

Both Congress and the DEA have the authority to reclassify drugs on the controlled substances list. The DEA has repeatedly dismissed efforts to change the status of marijuana.

The FDA study comes in response to a new petition by marijuana proponents seeking to reschedule weed. The agency conducted similar reviews in 2001 and 2006, concluding both times that pot should remain under schedule 1.

The most recent petition “has been sent to us and we’re in the process of conducting an eight-factor analysis,” Throckmorton said. 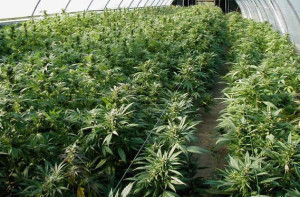 Unfortunately, a third agency, the National Institute on Drug Abuse, will also oversee the study. The FDA must consult with NIDA before beginning the research, since NIDA controls access to the only marijuana allowed in federal trials.

That matters because NIDA’s main objective is stopping pot. The agency rarely approves research into the benefits of the drug and strongly opposes any hint of legalization. NIDA routinely makes it impossible for scientists to study marijuana.

The unanswered question is whether times have changed enough to convince the FDA, the DEA, and NIDA all to endorse real, unbiased research, or whether they already intend to reject the petition and hope the results of a biased study will give them grounds to do so.

Throckmorton declined to say whether the FDA plans to recommend a change in scheduling or when the study would be finished.