The odds are worse than long and the offer is more than a little creepy, but a Jamaican marijuana farmer tried it anyway, offering 10 acres of cannabis if Malia Obama marries his son. 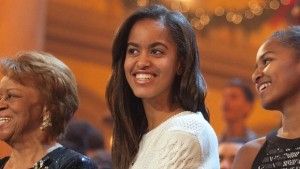 President Barack Obama’s older daughter turned 17 July 4. The farmer’s son is also 17. Minors as young as 16 can marry in Washington, D.C., with their parents’ consent.

Not the first time this has occurred

This isn’t the first time someone has asked to wed Malia. At least two Kenyan farmers offered livestock in exchange for her hand in marriage.

Roy Chambers, a marijuana farmer in St. James, Jamaica, said his son and Malia would make the “perfect couple.” He promised to hand over his “most valuable possession” – 10 acres of cannabis plants – as a dowry.

“I tried to approach President Obama with my offer while he was in Jamaica a few months ago, but the security prevented me,” Chambers told a Jamaican website. “I have sent him a regular mail to the White House and also an email, so I hope he will reply soon.”

Malia and her younger sister, Sasha, have mostly stayed out of the spotlight since their father entered the White House in 2009. They occasionally appear at official events but rarely speak publicly.

It’s unlikely either girl will be marrying anytime soon. They still have years of education ahead of them, and American attitudes toward underage marriage are more rigid than they are in Jamaica or Kenya, to say the least. 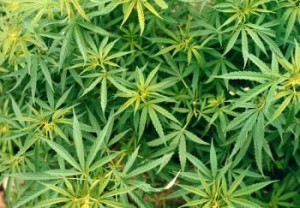 Earlier this year, the first of two Kenyan farmers offered 50 cattle, 70 sheep, and 30 goats if Malia would marry him. The second called that “a sign of bad luck and bankruptcy” and upped the offer to 500 cattle.

“I will give the Obama family 500 cows in accordance with African traditions and sell all my Maasai land in Suswa, Ewuaso Kidong, and another one at the world-famous Maasai Mara Game Reserve, just to win her,” the second farmer, Jeff Ole Kishau, told a Kenyan newspaper this spring. “I will be the happiest man in the world if the most powerful man in the world becomes my father-in-law.”

The White House hasn’t commented on any of the marriage proposals.

Jamaica officially decriminalized marijuana earlier this year, even as the country approved medical cannabis. The drug remains illegal for recreational use, but only small civil fines apply.

The island is one of the best places in the world to grow marijuana fields, with an ideal climate, good soil, and a government willing to look the other way. Cultivation is widespread and an integral part of the local economy.