An aerial drone packed with cellphones and marijuana crashed outside a South Carolina prison in April, authorities said in late July. 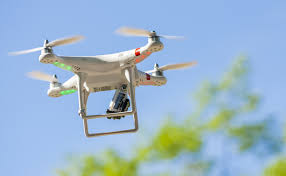 The drone was apparently sent to drop the weed, phones, and other contraband inside the maximum-security Lee Correctional Institution in Bishopville, S.C., corrections officials said. Authorities said they had one person in custody and were looking for another in connection with the attempted break-in.

Benton Lee Doyle, 28, was arrested and charged with drug possession and trying to give inmates contraband. Police said he was not cooperating with their investigation. Doyle’s lawyer, Wayne Floyd, said Doyle has never seen a drone and had nothing to do with the scheme.

Corrections authorities found the drone April 21 after it crashed into bushes outside the prison, said Stephanie Givens, spokeswoman for the South Carolina Corrections Department.

Givens said officers found several items in the device that are banned within prison walls, including cannabis, synthetic cannabis, tobacco, and phones. This is the first time someone has tried to infiltrate a South Carolina prison using an aerial drone, Givens said.

“The technology gets better and better, and we have to figure out how to fight that,” Givens said.

Of course, officials could follow the lead of Uruguay instead and allow medical marijuana for inmates. But that isn’t likely to happen in South Caroline anytime in the near or distant future.

It wasn’t clear where the drone would have gone inside the prison to deliver the items, Givens said. Presumably the 12-foot razor wire fence where it crashed was watched.

Prisons ban all drugs, but marijuana regularly makes its way into correctional facilities, as do other substances. But cell phones are a bigger problem, authorities say, because they allow prisoners to coordinate with accomplices on the outside.

A corrections captain who worked at the Lee facility was shot six times four years ago in an attempted assassination ordered by an inmate with an illegal phone. The captain survived and retired. 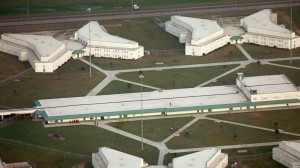 As of early August, police continued their search for a second suspect in the April drone crash. The second man was caught on a convenience store security camera buying items that were found in the drone.

Drones have been used to deliver contraband to prisons in other places, including Georgia. Four people were arrested there last year and accused of sending a miniature helicopter inside the walls of Calhoun State prison.

That group managed to deliver two payloads of rolling tobacco to inmates before guards spotted the drone hovering near the gate. Authorities located a suspicious car nearby and found the drone, along with a couple pounds of tobacco, inside.