Doctors who write medical marijuana recommendations rarely find themselves in trouble over the practice. Even in states whose leaders are hostile to their own medical weed programs, physicians tend to be off limits. 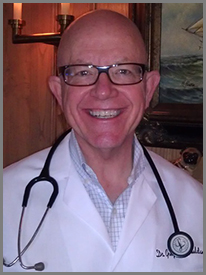 This all makes it more unusual that a Michigan internist has admitted to writing fraudulent cannabis recommendations as part of an illegal drug conspiracy. Dr. Gregory A. Kuldanek pleaded guilty to federal drug charges in October.

“My intention was not to profit from the sale of marijuana,” Kuldanek said during a plea hearing.

But prosecutors insist he was a key part of a drug ring in western Michigan that used patients to expand their sales operation. He wasn’t the ringleader, but he wrote the prescriptions that made the conspiracy work, prosecutors said.

Authorities say Betty Jenkins and her partner, Phillip Walsh, headed the operation. They were indicted in late October on charges of felony conspiracy to manufacture marijuana, and keeping a property involved in drug crimes.

The grand jury, which has overseen a year-long investigation, indicted two other people. That brought the total number of defendants to 10, prosecutors said.

The conspiracy revolved around Kuldanek’s fake recommendations. Jenkins claimed to be a licensed caregiver while bringing the doctor dozens of patients in a scheme to sell them pot, authorities said.

Prosecutors allege Jenkins and Walsh were growing weed at several sites in Kent County, near Grand Rapids. Michigan medical marijuana law allows caregivers to serve up to five patients and grow up to 12 plants per person.

Under those restrictions, Jenkins would be allowed to grow no more than 60 plants. Prosecutors said Jenkins and Walsh planned to grow much more than that on their properties.

Jenkins “would have no reason for bringing Kuldanek the dozens and dozens of patient certifications she had asked him to sign over time,” prosecutors said.

Jenkins allegedly continued to recruit patients for the scheme even after she was arrested last year. 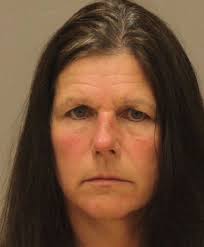 During a traffic stop in July, police seized two cell phones from Jenkins. They obtained a warrant to search the phones and checked call records to determine whether there were other conspirators. That investigation was ongoing in late October.

Kuldanek admitted he wrote recommendations for about 60 patients, some of whom he met in groups at local restaurants. The doctor said he was central to the alleged conspiracy but only wanted to help patients.

“Without the clients, they would not be able to develop a network to grow marijuana,” Kuldanek said. “My intention was not to profit from the sale of marijuana.”

He agreed to forfeit his home, and the government has started proceedings to seize other properties connected to the alleged conspiracy. Kuldanek could be sentenced to as many as five years in federal prison, though he will likely receive a much more lenient punishment.