Did a Drug Trip Lead to Alcoholics Anonymous?

Few health organizations carry the high reputation and good will of Alcoholics Anonymous. Eighty years old, the program and its 12 steps are widely viewed as the gold standard for addiction recovery.

It isn’t true: AA has an objective success rate of no more than 10 percent. The group itself reports that less than 35 percent of its members achieve long-term sobriety. The vast majority of people who walk in the doors walk right back out and never return – hardly a picture of success.

But there’s another aspect to this story, one that raises fundamental doubts about how we treat alcoholics and addicts in America. It calls into question AA’s spiritual basis and points to drugs – the very approach AA rejects – as a better path.

How it all began 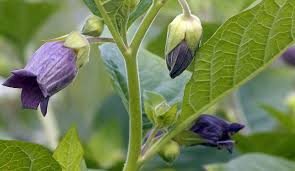 The story starts in the early 1930s, when a man by the name of William Griffith “Bill” Wilson was drying out in a drunk tank after a particularly vicious bender. Two men, including a physician by the name of “Dr. Bob” Smith, visited Wilson in the hospital and encouraged him to consider God as the answer to his health problems.

After they left, Wilson had what he later described as a powerful epiphany. In a moment of intense suffering, he called out for God. He then saw a blinding flash of light and felt a strong, euphoric sense of peace and understanding.

This moment is widely viewed as the formal start of AA. Wilson believed, and successfully convinced millions of other people, that he had found lifelong sobriety by accepting religion. It was God who saved him, not medicine.

There’s a problem, though. At the very moment Wilson had his “epiphany,” he was high on a notoriously potent – and deadly – plant used to help alcoholics dry out. It was called the Belladonna Cure, and it involved tiny doses of the fatal belladonna plant (aka deadly nightshade).

In large doses, belladonna is extremely toxic. But in very small amounts it induces delirium and vivid hallucinations. It’s similar to LSD and other hallucinogens, and it typically comes with a dose of euphoria. 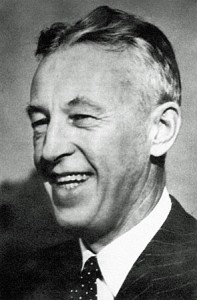 In other words, Wilson was probably tripping out of his mind when he “found” God that night. People in AA don’t like to acknowledge this fact, as it suggests a rigid abstinence-only program was founded on a drug high.

AA members tend to discourage each other from using any form of drugs, illicit, prescribed, even over the counter. Many make exceptions for necessary medications, but the general attitude is one of hostility toward medical treatments.

This is completely at odds with Wilson’s own beliefs – beliefs the group has never fully admitted. In the early 1970s, Wilson took part in an experiment to test the use of LSD in treating alcoholism. He came out of it convinced acid could help many other alcoholics stay sober.

Just a few years later, however, LSD was outlawed and all research into the psychotropic benefits of psychedelics stopped. What’s more, AA and its members buried almost all memory of Wilson’s late drug trip, which many would today consider a relapse.

The point? If the abstinence-only model was itself built on drugs, we should probably be looking in the same direction. There may be no cure-all for substance abuse, but moralistic prohibitions on using effective drugs only make addiction worse.