Denver Pot Shops Lay Off Half Their Workers

A large chain of retail Colorado pot shops laid off 45 percent of its workforce in May. 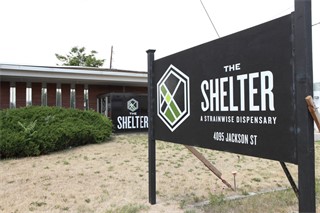 Shawn Phillips, who owns the Denver-based chain, said he had to let 65 employees go. In a letter to his employees, Phillips called the move “drastic” but “temporary.” It was uncertain how long the workers might be without employment.

“We’ve been working on putting together this staff for the last four or five years,” Phillips told The Cannabist in an interview. “And we had some really good people who are passionate about the business and who wanted to continue on. Hopefully these layoffs are temporary.”

Phillips owns nine recreational cannabis stores throughout Colorado, all of them operating under the Strainwise brand. Most of the employees who were laid off worked at Phillips’ grow sites, and all nine shops remained in business as of May.

They include three Denver stores – The Haven, The Retreat, and The Shelter – along with outlets in Central City, Rifle, Idaho Springs, and Wheat Ridge. Phillips’ wife, Erin Phillips, who is the president of Strainwise, said she and her husband planned to keep all these shops open.

“All of the stores are still up and operating,” Erin Phillips said in May. “Being that this industry is small, I didn’t want people to think that the stores weren’t up and operating. We’re going to continue to help Shawn and all of his entities.” 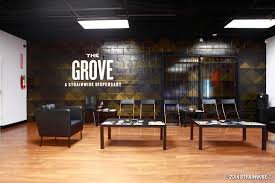 Shawn Phillips said he was forced to impose the layoffs because of complicated licensing problems with the state Marijuana Enforcement Division. He said he applied for a license on a new grow site so he could expand his square footage. He expected a license to follow shortly.

“From a business standpoint, we anticipated having those licenses issued back in January,” Shawn Phillips said. “We have a cultivation facility that we’ve put a large amount of money into.”

The trouble started when the Marijuana Enforcement Division denied two other license applications, including one for a proposed store in Pagosa Springs, Col. That decision put all of Shawn Phillips’ active licenses – 39 total – into a kind of bureaucratic limbo.

“It created a huge financial burden on the company and the loss of revenue that we can’t put in the ground, and it put us in a situation where we had to make a business decision,” he said.

Shawn Phillips said he has appealed the license rejections and hoped to rehire the employees in a matter of months. He and Strainwise are working to help them find jobs in the meantime. Though marijuana remains illegal at the federal level, Colorado officials said the workers are eligible for unemployment benefits.

“They would not be disallowed simply because marijuana has not been legalized nationally,” said Bill Thoennes, spokesman for the state Department of Labor and Employment.