The use of pesticides is becoming a sticky problem for marijuana regulators in Colorado. 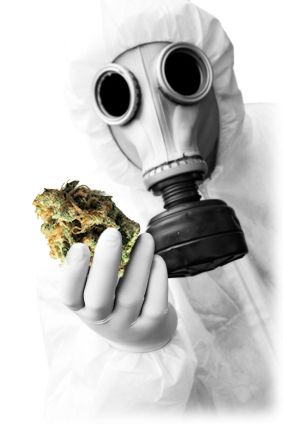 Earlier this spring, officials in Denver halted the sale of millions of dollars worth of cannabis over concerns they contained banned pesticides and fungicides. In one instance, authorities blocked the cultivation of 66,000 plants at a grow facility in the city.

Denver consulted with the U.S. Environmental Protection Agency and agriculture inspectors before stopping the plants. Officials were still awaiting test results in May, but some growers destroyed their crops rather than waiting while they went bad.

Authorities didn’t say what stage of growth the plants were in when the cultivation was halted, but a mature cannabis plant can produce more than $4,000 worth of pot. That value leads some growers to spray their crops with unapproved pesticides and fungicides, officials said.

All pesticides illegal for growing marijuana

In fact, no pesticide has been approved for use with marijuana in Colorado. Growers may use organic pest-control methods, but chemical sprays are banned.

Little is known about the effect pesticides have on cannabis smokers. Many such chemicals contain known carcinogens and can be deadly if ingested orally. But scientists have done only sporadic research into how pesticides effect smokers.

And though these pesticides are approved for use with other plants, health officials worry that they could have a stronger effect on marijuana users since they both eat and smoke the drug.

There have been no widespread reports of illness or fatality caused by marijuana pesticides. But authorities say they don’t want to take that risk by looking the other way.

“This is an initiative that Denver is taking on to really make sure consumers do not get into harm’s way,” said Danica Lee of the Denver Department of Environmental Health. “It is fair to say there are some practices out there that could pose a public health risk, and we are intervening in those cases.”

State officials in Colorado are moving to create a testing program for cannabis pesticides, but they have repeatedly delayed the project. Denver authorities, who initially wanted to wait until the state acted, decided to intervene earlier.

There are certain pesticides that concern officials. They include Eagle 20, a commercial fungicide available only from specialty stores. The city is worried that inhalation of E20 could cause unknown health problems.

Currently, no tests have been performed on the safety of cannabis sprayed with pesticides – and that means no pesticides have been approved for use on marijuana anywhere in the United States. That’s largely because the drug is still banned under federal law, blocking the U.S. government from acting on the issue.

“There is not a pesticide in the country approved for use on marijuana,” said Mike Elliott of the Marijuana Industry Group. “We’re really stuck.”