By Matt BrooksPublished On: May 10, 2016Categories: Federal, Health & Science, US News

A new study will attempt to determine whether marijuana is useful in treating the symptoms of post-traumatic stress disorder, also known as PTSD. 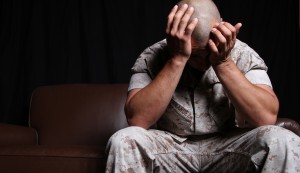 The DEA cleared the way in April for a clinical trial that will examine whether traditional smoked cannabis can effectively treat the mental disorder, which is caused by profoundly traumatic experiences. The placebo-controlled study is the result of nearly 10 years worth of campaigning by researchers in three states.

“Mostly we’re just grateful that we get to see science move forward,” said Dr. Sue Sisley, one of the leaders of the trial.

The project will start as early as May and will enroll 76 combat veterans at clinics in Arizona and Maryland. The subjects will smoke different marijuana strains of varying potency to gauge how the drug affects the emotional and medical problems caused by PTSD.

The illness, which can be triggered by combat, sexual assault, child abuse, and other forms of severe trauma, has a wide range of potential symptoms. Nightmares, flashbacks, jumpiness, and intense anxiety are among them. PTSD comes in multiple forms and degrees of severity, but for most patients it is life-altering.

Whatever the study ultimately determines, conducting it is a scientific necessity, Sisley said. As the full scope of PTSD and its impact on veterans becomes more apparent, patients deserve to know about potential treatments, she said.

“The study needs to happen because these veterans have legitimate questions,” she said. 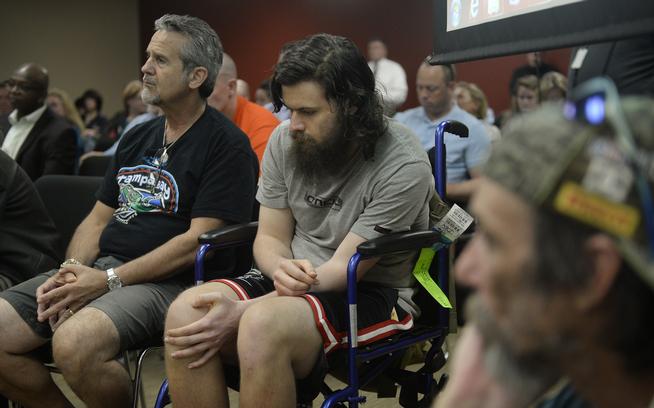 DENVER, CO – JULY 15: The Colorado Board of Health had a rule making hearing about people with PTSD qualifying for medical marijuana at the Colorado Department of Public Health and Environment offices in Denver. Christopher Latona, center, and his dad Mike Latona, left, both testified in support of approving medical marijuana for PTSD which Christopher has suffered from since returning from his US. Army service in Afghanistan. They were photographed on Wednesday July 15, 2015. The board voted 6-2 not to approve the change. (Photo by Cyrus McCrimmon/The Denver Post )

Sisley has been in the news before. She lost her previous job at the University of Arizona in 2014 amid a local political spat over medical marijuana, and with it a large chunk of funding dedicated to studying the drug’s medicinal benefits.

Officials in Colorado rescued her project with new grant money, though the study was delayed by another year and a half before the DEA finally approved it. The agency controls the nation’s only supply of federally legal research cannabis, grown in Mississippi.

“It’s about time,” said John Evans, a Navy veteran and the director of Veterans 4 Freedoms, a PTSD advocacy group. “It’s been a long struggle. She’s jumped through a lot of hoops.” 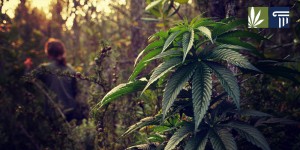 The DEA and its sister agency, the National Institute on Drug Abuse (NIDA) have long made it nearly impossible for scientists to study the medical efficacy of marijuana. A growing number of states allow the use of cannabis for PTSD, but many others believe reliable scientific data is still too scarce.

Cannabis is a schedule 1 drug under the Controlled Substances Act of 1970, meaning it is banned for any use under federal law. As a consequence, NIDA and the DEA make it extremely difficult to study it.

“It is amazing that anything actually ever happens,” Gershman said in January. “It is not easy. It is not simple.”

Sisley and her colleagues noted that the study will proceed slowly, even with DEA approval. It could take another two years before enough veterans have been enrolled, and the results may not be available until 2019.

Comment below: When do you think marijuana will be available for PTSD in your state? 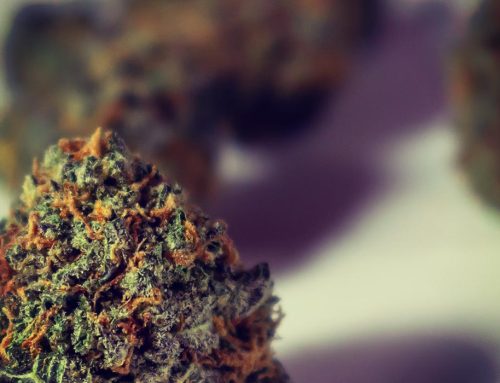 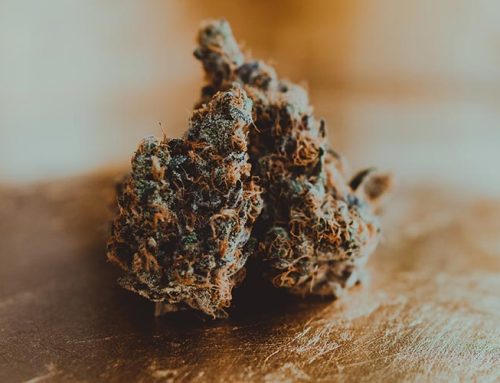