A Kansas couple whose home was searched by heavily armed police over discarded tea leaves will not be allowed to pursue a civil rights lawsuit, a judge ruled in December. 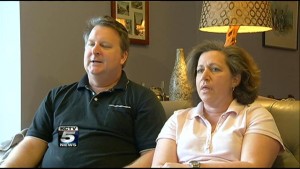 Robert and Adlynn Harte are both former CIA agents and have two children, who were 7 and 13 years old at the time of the raid in 2012. Their home was searched based on an investigation that started with a legal purchase at a hydroponics store.

But U.S. District Court Judge John Lungstrum ruled Dec. 18 that the Hartes are not entitled to sue because police acted legally and reasonably when they planned and carried out the pointless marijuana raid. Police held the entirely family at gunpoint for nearly three hours until handing them a receipt that said “no items taken” as they left.

No cannabis was found, in other words. And deputies wouldn’t tell the Hartes what they were looking for. In fact, it took the family a year in court and cost them $25,000 in legal fees to get their hands on the affidavit attached to the search warrant.

Police must have ‘probable cause’

Such affidavits typically lay out the legal grounds for a search and describe the items police hope to find, or at least the nature of the property they want to search. To win a warrant, police must establish a legal standard known as “probable cause,” which essentially means they have evidence that would lead a reasonable person to believe a crime has been committed.

That alone isn’t enough for probable cause. But deputies, who apparently had little else to do, went on a fishing expedition, rifling through the Hartes’ garbage after they left it on the sidewalk. Inside was a wet “plant material” the deputies assumed was marijuana. 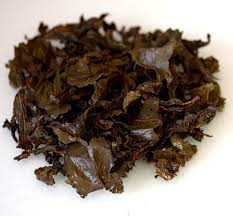 The Hartes say it was probably used loose tea leaves, a herbal flavor Adlynn Harte likes to drink. A field test supposedly showed positive results for cannabis, but a later laboratory test refuted that finding. Field tests are often unreliable and are used to trick suspects into talking.

Many of these substances are ingredients in herbal tea, as the Hartes note in their lawsuit. Field tests produce false positive results on them at a rate of 70 percent, they say, and the test isn’t designed for use on “saturated or liquid samples” such as wet tea leaves.

But Lungstrum ruled that the hydroponics purchase and shoddy test result were enough to support probable cause and a search warrant. That’s not entirely surprising, as the standard for probable cause is notoriously low, but it’s a blow to the Hartes – and to the many others who believe the criminal justice system has gone too far.