Federal agents and Denver police raided several marijuana grow operations in late October, though it wasn’t immediately clear whether the sites were legal or producing product for the black market. 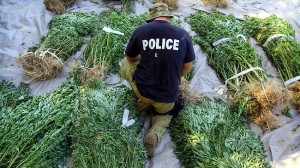 The Denver Police Department released few details about the raids, saying only that “area law enforcement are conducting an ongoing investigation involving illegal drug activity.” But The Denver Post reported that the raids involved local police, agents from the DEA, and investigators from the Colorado Attorney General’s Office.

The involvement of local and state police suggests the raids targeted illegal businesses rather than permitted grows, which are allowed under state law. Pot is legal for recreational use in Colorado, as it is in Washington State and Alaska, but growing it outside the regulated market is a crime.

An anonymous DEA agent told the Huffington Post that the businesses were raided because they violate state law, as well as a set of marijuana guidelines issued by the federal government last year.

“Federal, state, and local law enforcement officials have only engaged in this type of activity when they suspect state laws are being violated,” Tvert said. “No details have been released, so it’s too early to say whether that is the case and whether any state laws have been broken. If they were, the individuals involved will face the consequences. If they weren’t, law enforcement will have some explaining to do.”

A DEA spokesman acknowledged the raid but said little about it. 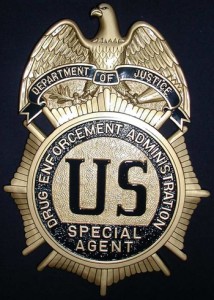 The Department of Justice said in 2013 that it wouldn’t interfere with pot in states where it’s legal – as long as those states and the providers in them observe eight broad federal criteria.

The criteria aim to keep weed from kids, prevent gang violence, and keep guns out of the industry, among other goals. The DOJ has said it will pursue businesses that violate those guidelines.

Law enforcement has raided several cannabis providers in Colorado since the guidelines went into effect. The first legal pot shops opened across the state Jan. 1, 2014, but there have not been any publicly disclosed raids on those businesses.

Voters legalized weed in Colorado in 2012, a year before the DOJ policy was announced. Unless it turns out some of the grow sites were properly licensed by the state, the feds seem to be following that policy.