A Colorado official is urging state government to ban marijuana edibles over concerns children could get their hands on the food.

The recommendation comes just days after Denver police warned parents that their children could fall victim to nefarious neighbors spiking their candy bowls with cannabis treats. However, that claim is based mostly on urban legend. 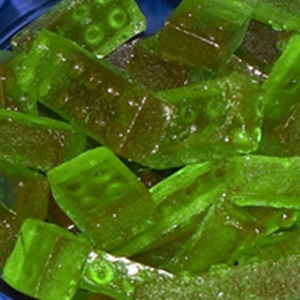 Jeff Lawrence, an official with the Colorado Department of Public Health and Environment, recommended in October that all edibles, except lozenges and tinctures, should be prohibited across the state.

“To allow the production of retail marijuana edibles that are naturally attractive to children is counter to the Amendment 64 requirement to prevent the marketing of marijuana products to children,” Lawrence said in his recommendation. “The intent of the Amendment and subsequent laws and rules was to decriminalize the use of retail marijuana, not to encourage market expansion within the marijuana edibles industry that subsequently create potential consumer confusion or mixed messages to children.”

Lawrence’s proposal is one of dozens under consideration by a state committee developing new cannabis rules.

Gov. John Hickenlooper, who opposed legalization but has since won praise for his enforcement of the law, said he opposes such a ban. Andrew Freedman, Hickenlooper’s marijuana coordinator, said there are better ways to protect kids.

A better solution is possible

“We are confident that our working groups and the legislature can find solutions that keep marijuana out of the hands of kids while promoting safe access to edible products among adults,” Freedman said in a statement.

But the governor is committed to keeping pot away from children, Freedman said. 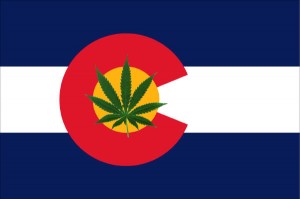 “It should come as no surprise that protecting kids from accidental ingestion of marijuana edibles is a top priority for the state’s chief medical officer,” he said.

It’s not clear whether Lawrence’s recommendation has any chance of being law. Freedman said Hickenlooper believes that there are valid alternatives to a ban on edibles, and that opponents of a ban have valid points.

“Other experts will no doubt argue that restricting edibles betrays the will of the people in passing Amendment 64,” Freedman said. “Still, others will argue that restrictions have the potential to create a dangerous and unregulated black market for edibles.”

Lawrence agreed that marijuana proponents would fight the proposal.

“However, their investment in the development of these products does not have to be lost,” the recommendation said. “All edible products being produced could also be produced as a traditional food product [without marijuana] and marketed to the general public and not just in Colorado.”