A Colorado man who says he overdosed on marijuana candy is suing the operator of the fairground where he got the THC-laced chocolate.

Jordan Coombs filed a lawsuit against the Denver County Fair Aug. 7, claiming organizers were negligent in allowing the vendor who sold the candy to operate a booth. 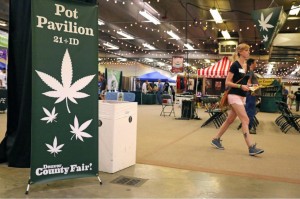 The fair, which ran from Aug. 1-3, featured a special “Pot Pavilion” where vendors hawked marijuana-related products and other goods. But actual cannabis was banned at the fair, so none of the vendors were supposed to be distributing it.

Coombs said he took what he thought was ordinary chocolate at a booth for LivWell, a Denver pot shop, and he said it contained marijuana – enough to make him violently ill.

Coombs said he “projectile vomited” in his car on the way to the emergency room, where doctors diagnosed him “as overdosing on THC,” according to court documents. THC is the ingredient in cannabis that gets users high.

In promotional material, organizers said no pot would be allowed at the fairgrounds. Denver city law bans consumption of the drug in public places, almost certainly including county fairs.

“During our event we had a very strict policy that all of our vendors agree to, banning all marijuana,” fair officials said in a statement.

This isn’t the first time an edible overdose has raised concerns in Colorado. Earlier this year, an exchange student jumped to his death from a Denver hotel balcony after eating several doses of marijuana food. And a man shot his wife to death while allegedly hallucinating on cannabis candy.

More recently, New York Times columnist Maureen Dowd wrote about her bad trip on weed-laced chocolate. She said she was trapped in bed for hours, too anxious and paranoid to move. 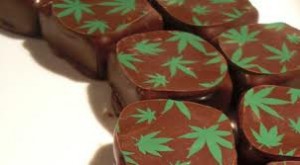 And hospitals have reported a spike in ER admissions of children who mistakenly ate edibles they thought were normal food.

Still, the concerns are largely overblown. An overdose here or there doesn’t amount to a trend, let alone an epidemic. And then there’s this critical fact: Bad highs pass. Unlike an OD on heroin or meth, which is likely to kill you, marijuana has never killed anyone.

Some people drive while high and die. Others may die from hearth conditions aggravated by cannabis use. And some may be killed by weed laced with a harder, more dangerous drug. But nobody has ever died from an overdose, and no one ever will.