The rate of U.S. College students who use pot every day is rising rapidly, even as tobacco use falls, according to a new study. 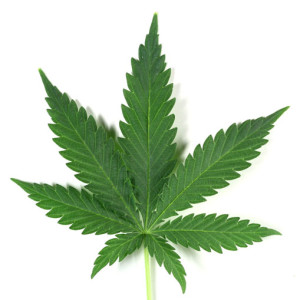 The survey, from the University of Michigan, found more students now smoke cannabis than cigarettes. It’s the first time those tables have turned.

The study, released in September, concluded that about 40 percent of undergrads used drugs of some kind in 2014. That reflects an increase of 6 percent over the year before. Most of the spike came from increased cannabis use, but cocaine consumption is also rising, the study said.

Collegiate marijuana smoking has steadily increased since the first laws allowing recreational use. The rise accelerated after 2006, the study concluded. More students now consume the drug daily than at any time since the study was first conducted in 1980.

“There’s no question that marijuana use has risen considerably,” said Lloyd Johnston, principal investigator for the Michigan study. “In December, we released results on secondary-school students, and we’re seeing a rise in daily marijuana use there as well.”

That claim is directly contradicted by other recent studies, which found no notable increase in teen marijuana use since the advent of legalization. But the studies agree on one thing: Students have a more positive attitude toward cannabis. Just 35 percent called regular toking dangerous, a drop of 20 percentage points since 2006.

While almost 6 percent of college students report using cannabis daily or almost daily, just 5 percent say they smoke cigarettes each day. Use of e-cigarettes was not tracked in the study.

Of course, the results exist mostly in the interpretation. Increased marijuana smoking by college students may mean less alcohol consumption, which in turn would mean safer roads and less crowded emergency rooms. So the increase, if real, isn’t exactly dire news.

The real downside to the report is that use of hard drugs is also on a steady climb. Amphetamines, including prescription medications, are increasingly being abused by students cramming for exams.

Even so, drug use remains decidedly uncommon among youngsters. Roughly half the study’s subjects reported no illicit drug use of any kind in the year before it was conducted. Even more, 75 percent, said they hadn’t used in the preceding month.

Some drugs are on the decline, including two considered especially dangerous: salvia divinorum and synthetic marijuana. Other so-called “research chemicals” were never popular with undergrads to begin with.

“There are still a sizable number of students who consume alcohol at particularly dangerous levels,” Johnston said.