Marijuana has been a part of human culture since before the dawn of civilization. It has also played a central role in religious practice through the ages.

If you use weed, that shouldn’t be surprising. The drug promotes creative thinking and meaningful insight into the nature of the universe. It’s a must-have for any serious spiritualist.

Unfortunately, there are still plenty of religious movements that rail against the use of cannabis. Most fail to grasp the irony of their adherents using ritual alcohol while rejecting marijuana use. Alcohol, as any stoner knows, is far more hazardous than pot.

How has cannabis shaped religious history? 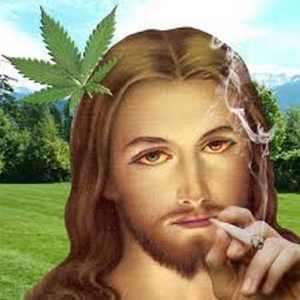 Weed has been observed as a sacred rite since ancient times. The earliest known group to use the drug for ritualistic purposes was early Hindus in the Himalayan region near the Equator, where pot grows wild. Modern-day India and Nepal were the original source of most of the world’s cannabis.

Marijuana is listed in the Atharvaveda, a sacred Hindu text written at least 3,000 years ago. Grass has been with our species for at least another couple of millennia, but this was the first record of its use in religious practice.

Early Buddhists also likely used ritual weed. Religious doctrine is split between traditional groups that reject any intoxicating drugs that “cause heedlessness” and adherents of the Mahākāla Tantra, who prescribe weed for certain medical problems. The Tantra is a breakaway religion that combines elements of Hinduism and Buddhism.

Marijuana featured prominently in history of Buddhism and Hinduism

But pot has played a big part in the history of both faiths. Early shamans viewed it as a way to cleanse sin and commune with deities. Weed is still widely used in this part of the world. 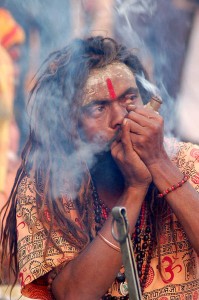 It has also been a common presence in China for thousands of years. Locals there have used ritual marijuana for at least the last two millennia. It’s especially common among Taoist practitioners. In 2006, archaeologists uncovered a burial site 2,800 years old that contained a bag full of marijuana leaves clearly intended for shamanistic purposes.

Ancient Greeks used religious cannabis more than 2,500 years ago, as did some of their neighbors. In 440 BCE, Greek philosopher Herodotus wrote that the Scythians inhaled weed in ritual vapor tents that served in place of water baths.

European pagans were likewise familiar with weed’s spiritual properties, and the drug has been in use there since before the birth of Christ. Evidence of hashish use was found with the bodies of ancient Celts. Marijuana use in those days was probably only common in religious settings.

Cannabis was also likely used in early Abrahamic religions, but there is very little reflection of that in contemporary records. Modern Judaism, Christianity, and Islam essentially reject marijuana and don’t use it in any sacred rites.

There are other modern-day religions that do use weed, though. The most prominent of these is the Rastafari movement, most of whose members live in Jamaica.

The Rastafari faith was born there among Ethiopian immigrants and their descendants. Members worship the late King Haile Selassie of Ethiopia as God’s messiah, and they regularly smoke pot during religious rituals. Rastafarians believe the Tree of Life mentioned in Genesis was a cannabis plant.

There are a host of other, smaller religious movements around the world that look to marijuana for divine inspiration. Some of them exist solely to promote toking.

U.S. courts have repeatedly refused to recognize weed as a legitimate religious tool, meaning people who use it as part of their faith have no legal protection from criminal prosecution. But the day is almost certainly coming when the government will treat weed as a fundamental aspect of many faiths, rather than contraband exempt from the First Amendment.