The 2016 election is almost exactly one year away, and marijuana has already become a major topic in the campaign. Now, at least one candidate is throwing his weight behind full legalization. 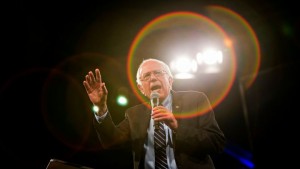 Former Vermont Sen. Bernie Sanders said at a Democratic Party primary debate in October that he would probably vote “yes” if he lived in Nevada and had a chance to cast a ballot for statewide legalization next year. Later that month, he announced plans to reschedule cannabis under the Controlled Substances Act, a huge step toward legalization at the federal level.

CNN debate moderator Anderson Cooper pointedly asked Sanders whether he would vote for the legalization initiative in Nevada, the site of the debate. Sanders said he would.

“I suspect I would vote yes,” he said. “And I would vote yes because I am seeing in this country too many lives being destroyed for non-violent offenses. We have a criminal justice system that lets CEOs on Wall Street walk away, and yet we are imprisoning or giving jail sentences to young people who are smoking marijuana. I think we have to think through this war on drugs.”

Sanders only candidate to show full support for legalization

That stance has set the liberal senator apart from other candidates. Kentucky Sen. Rand Paul, a Republican, has come the closest to supporting full reform, but even he has held back from endorsing legalization for personal use. He also has no chance of winning. Sanders’ main Democratic competitor, former Secretary of State Hillary Rodham Clinton, said during the debate that she doesn’t support full reform, at least not yet.

That left Sanders with a great chance to stake new ground, and he took it. At a speech in late October, Sanders said he would like to reschedule cannabis under the CSA.

That 1970 law lists marijuana under “schedule 1,” the category reserved for drugs considered especially dangerous, especially addictive, and medically useless. Cannabis has been on this list since it was written, alongside heroin, LSD, and other hard drugs. For decades advocates have pushed in vain to reschedule it.

Reducing cannabis to ‘schedule 2’ on CSA 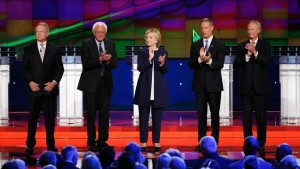 Sanders’ strong support is a sign that could happen. Only Congress or the DEA – or both – could relist a controlled substance. President Barack Obama has begged off the issue, saying it is better left to Congress than the executive branch.

No other candidate has gone as far as Sanders, though former Maryland Gov. Martin O’Malley, also a Democrat, has proposed moving marijuana to schedule 2, alongside cocaine, methamphetamines, and other tightly regulated prescription drugs. Clinton says she wants to wait to see how reform plays out in the four states that have legalized.

During a speech at George Mason University Oct. 28, Sanders told students legalization is a matter of civil rights. Like many other politicians, he has complained that the nation’s criminal justice system is run amok. A recent FBI report concluded that an American is arrested on marijuana charges every minute.

“Too many Americans have seen their lives destroyed because they have criminal records as a result of marijuana use,” he said. “That’s wrong. That has got to change.”