The science of marijuana is fertile ground for myths. Whether it’s misguided beliefs about the physical dangers of smoking cannabis or false assumptions about stoners based on prejudice, urban legends are common and efforts to debunk them never quite get the job done.

That won’t stop us from trying. So here are five of the biggest, most common myths about marijuana use – and our attempt to bust them. When a claim about cannabis sounds too dramatic to be true, it usually is.

1. High driving is as dangerous as drunk driving

It’s probably not a great idea to rip the gravity bong before getting behind the wheel of a school bus. But as statistics go, even that would be better than driving the bus after downing a couple shots of bourbon.

Yes, all impaired driving is bad. But “impairment” is a relative term, and when it comes to our roadways, cannabis is relatively safer than booze. Quite a bit, actually: At most, stoned motorists are twice as dangerous on the road as completely sober drivers; drinkers, on the other hand, are 13 times deadlier.

And some studies suggest high driving isn’t particularly risky at all. You may not want to depend on that as an excuse in court, but it’s important for lawmakers to know when they pass drug and DUI legislation. 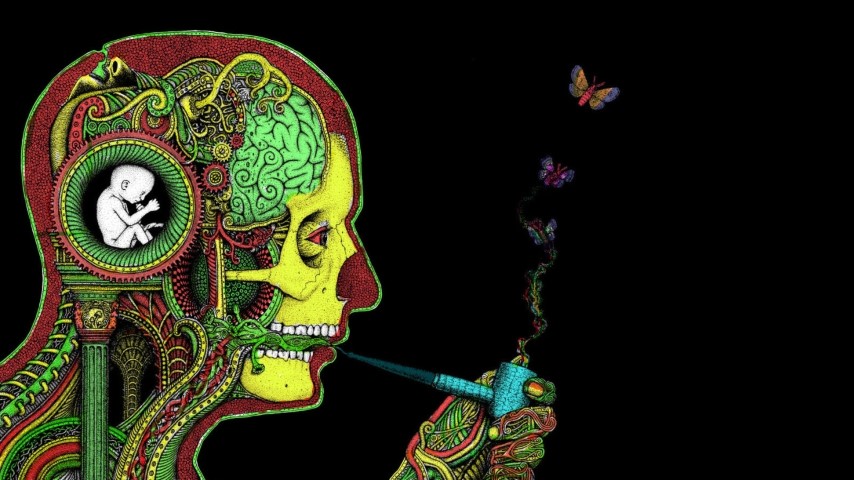 The human brain contains roughly 100 billion neurons, or nerve cells, the building blocks of consciousness and human function. We know full well that excess alcohol consumption can kill these cells, and we used to believe they couldn’t regenerate, unlike cells elsewhere in the body. That assumption turned out to be wrong.

So did the belief that marijuana kills neurons. It doesn’t. A 2015 study purported to find otherwise, but its conclusions have since been called into doubt, and no other scientists have been able to repeat its results.

3. Marijuana is an addictive “gateway drug”

Again, false. Study after study shows that while many hard drug users start as marijuana tokers, it isn’t the cannabis that leads them to the other drugs. The real reason so many people start with cannabis, researchers say, is that it’s so widely available. Teens looking to get high probably aren’t going to hit the streets looking for crack; they’re going to buy the cheapest, easiest thing they can find.

If marijuana really were a gateway drug, alcohol and cigarettes could be blamed for the same ills, since teens are even more likely to start with these substances. Yet that’s not a popular argument, possibly because we’ve all long accepted that tobacco and liquor don’t lead directly to heroin.

Also, while marijuana can be addictive, it’s far easier to quit than alcohol, cigarettes, or the most popular hard drugs. And the consequences of withdrawal are rarely any worse than a few weeks’ worth of moderately increased anxiety and irritability.

No. Just no. There has not been a single credible report of a fatality caused by a cannabis overdose in the history of recorded medicine. That said, it is possible to overdose – it just won’t kill you.

Most ODs occur after users eat THC-laced edibles. It’s usually first-timers who don’t get the desired effect fast enough (edibles work slowly) and then eat more. Too much and the high can turn into a panic attack. A relative handful of people have even been hospitalized, including a growing number of kids.

Still, compared to other drugs, marijuana ODs are uncommon. And if one does send you to the ER, try to ignore the anxiety as best you can, and be assured they’ll release you soon, no worse for the wear.

5. Marijuana is worse for your lungs than tobacco

Smoking a lot of cannabis over a long time isn’t great for your lungs. It can cause a chronic cough and even low levels of bronchitis. At some point the problems might even force a toker to quit cold turkey.

But it’s nowhere near as bad as cigarette smoke. For one thing, the number and toxicity of the known carcinogens in the two types of smoke are very different: Tobacco is a proven cause of cancer, while not a single case has been linked to cannabis consumption.

What’s more, nicotine addicts tend to smoke frequently throughout the day, unlike even most heavy marijuana users. That means cigarette smokers inhale far more smoke and do far more damage to their lungs. Indeed, toking could potentially improve your breathing, though probably not by enough to matter.

What are your least favorite marijuana myths? Leave us a comment below and let us know what you think.