A middle school student in Virginia was arrested and suspended after he brought a “marijuana” leaf to school in March. There’s just one problem: It wasn’t really a marijuana leaf. It just sort of looked like a marijuana leaf. 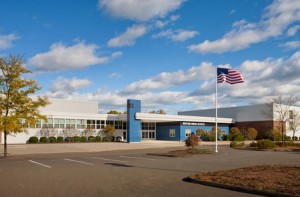 The student was suspended for one year after a teacher at Bedford Middle School in Bedford, Va., found the leaf in his backpack. The teacher assumed it was a cannabis leaf and informed administrators. Soon they were relying on their ill-conceived zero-tolerance drug policy, which penalizes possession even of imitation drugs.

The school claims the boy, a sixth grader, told others the leaf was from a cannabis plant; his parents say he would never do such a thing. They believe another student put the leaf in their son’s backpack as a joke.

Similar policies have led to the suspension or expulsion of numerous students across the country. One was penalized for carrying a bag full of oregano.

The Bedford Middle School student, whose high intelligence won him a spot in the school’s gifted student program, was forced to enroll in an alternative education program and continue his studies at home. He was also charged with underage possession of cannabis. Those charges were eventually dropped, but administrators refused to let him return to class.

“Essentially they kicked him out of school for something they couldn’t prove he did,” said the family’s lawyer, Melvin Williams.

No one seems to know what kind of plant the leaf really came from, but the sheriff’s department only realized it wasn’t marijuana after testing it. The leaf had an odd number of lobes, similar to cannabis leaves. But beyond that, it bore little resemblance to the marijuana plant.

The boy’s parents, who are both teachers, said their son now suffers from depression and panic attacks. He is concerned he won’t be able to get into college with the mark on his record.

Teachers and administrators, meanwhile, have shown a total lack of compassion and mercy. As usual, they view marijuana as the devil’s weed, a scourge killing our children, and so forth.

Administrators and sheriff’s officials refused to comment or defend the harsh penalty they delivered. Their zero-tolerance approach is a prime example of unforgiving policies that many American schools have adopted in recent decades.

Those policies frequently lead to life-altering consequences for students who do little if anything wrong. It’s a great way for school board members to look tough and win votes, but it’s absolutely a terrible way to teach the young.